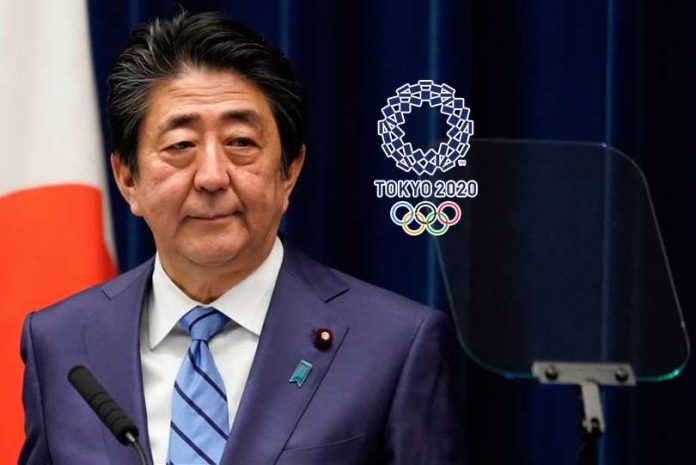 The Tokyo 2020 Olympic Games have been postponed to next year. Japanese Prime Minister Shinzo Abe’s office has confirmed the development formally.

Prime Minister Abe had earlier today had telephonic talks with the International Olympic Committee president Thomas Bach. The duo had agreed that it was not possible to go ahead with the Games slated for the July 24-May 9 this year and decided to defer the Games to the 2021 Summer.

“After his telephone talks with IOC President Bach, PM Abe spoke to the Press and explained that the two have agreed that the Tokyo Olympic Games would not be cancelled, and the games will be held by the summer of 2021 (sic.),” Abe’s office has confirmed on official twitter handle PM Office of Japan @JPN_PMO.

After his telephone talks with IOC President Bach, PM Abe spoke to the press and explained that the two have agreed that the Tokyo Olympic Games would not be cancelled, and the games will be held by the summer of 2021. pic.twitter.com/ihe8To2g3R

Abe had also informed the Press about the joint decision to end the prevailing uncertainties about the Games as it was impossible to adhere to the original schedule. “I proposed to postpone for about a year and president Bach responded with 100 percent agreement,” Abe told reporters, according to news in Japanese media.

The move would be a devastating blow for the city of Tokyo, which had won widespread praise for its organisation, with venues finished well ahead of time and tickets massively oversubscribed.

The International Olympic Committee had earlier assigned a task force to evaluate the scenarios if the Games were to be deferred from the 2021 scheduled. Bach had earlier maintained that cancelling the Games was out of question and it will take four weeks to decide the next course of action.

A joint communique by the Japan Government and the IOC has stated that “in the present circumstances and based on the information provided by the WHO today, the IOC President and the Prime Minister of Japan have concluded that the Games of the XXXII Olympiad in Tokyo must be rescheduled to a date beyond 2020 but not later than summer 2021, to safeguard the health of the athletes, everybody involved in the Olympic Games and the international community.

This is the first occasion ever that the Olympic Game will not happen on their schedule during the peace time. The 1940 and 1944 edition of the Modern Games though were scrapped altogether due to World War II.

The IOC and the host nation Japan were compelled defer the Games after the World Health Organization director general Tedros Adhanom Ghebreyesus had said yesterday that the COVID-19 pandemic was “accelerating”.

Till date more than 3.75 lakh people worldwide have tested positive for the COVID-19 virus, for which neither a preventive vaccine nor an anti-dose have been found. The novel Coronavirus, which had spread across the globe from China’s Wuhan province, has resulted in more than 16,000 deaths. It is spreading rapidly from humans to humans as there is no way to identify a career in the initial stage of infection.

Among other major decisions about the Games, the Olympic Flame will now remain in Japan and the name Tokyo 2020 will be used regardless of when the Games will be held.

The Paralympic Games will also be postponed.