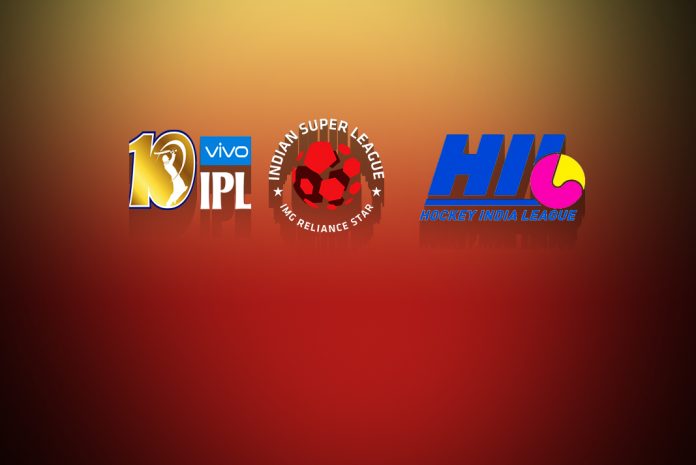 With the inception of IPL in 2008, India has not only seen 10 years of cricket carnival but also various other sports have become a reason to rejoice, relax and enjoy with family and friends. In the market of sports, the numbers have kept rising and will continue to do so. The interest is not only amongst family and friends but the corporates have also taken a great interest. They now see a big pool of audience to hit with this sporting extravaganza. InsideSport in this report presents you with the title sponsorship values of various sports league in India.

The Indian Premier League is the biggest carnival of sports, not only in India but also on a global level. The sport that is religion in India has always attracted the corporates and has been the most expensive commercial sporting event. From DLF to Pepsico and now Vivo, IPL has pocketed many million bucks in 10 years. The recent title sponsor VIVO made a 2-year deal with each season valued at 100 Cr.

On the other hand, this gave various other sports an opportunity to make their own space in the market. The Pro Kabaddi League has made kabaddi a global sport now. Kabaddi didn’t exist on google search until a league made it really big. Just into fourth year and fifth season, the indigenous sport is closing in on its much-fancied rival cricket. After four successful seasons PKL has now acquired a title sponsor that sees not only cricket as a market in India. Vivo in its biggest deal yet became the title sponsor for PKL for a whopping 300 Cr. The deal is for 5 years with each season valued at 60 cr. 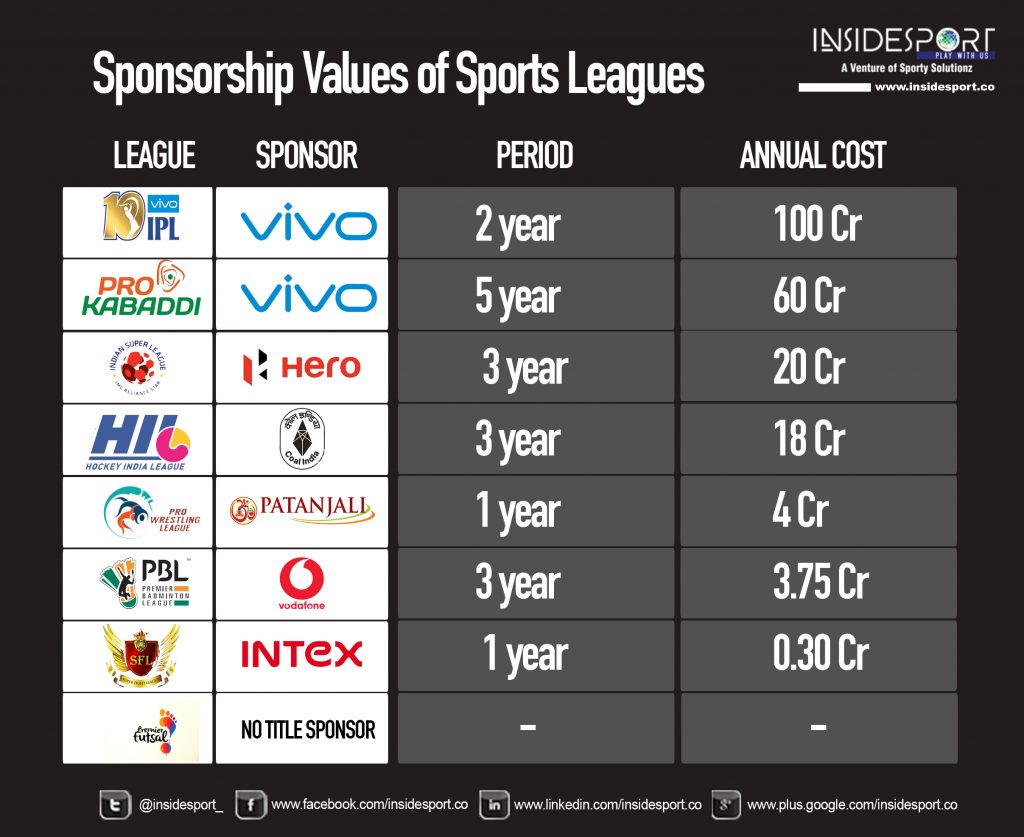 There are many other leagues, however they are underprivileged for big corporates. Yet, the numbers will surely go up for them to with the coming seasons. There is Indian Super League, which is associated with big names and personality. The league has Hero Motocorp as its title sponsor with a 3-year deal and each season valued at 20 Cr.

Then there is Hockey India League that is also close to ISL and has got COAL India as its title sponsor for 3 years and every season valued at 18 Cr. No other sport has got double-figure sponsor. The Pro Wrestling league has got Patanjali with deal of 4 Cr for a year. Then, we have Pro Badminton League that attracted Vodafone for a 3-year deal priced at 3.75 Cr per annum. And the lesser known sports like Super Fight league could only get Rs 30,000 in its pocket from INTEX for a year deal. The only league that was not able to get a sponsor was Premier Futsal. However, it has only been an inaugural season for the sport.