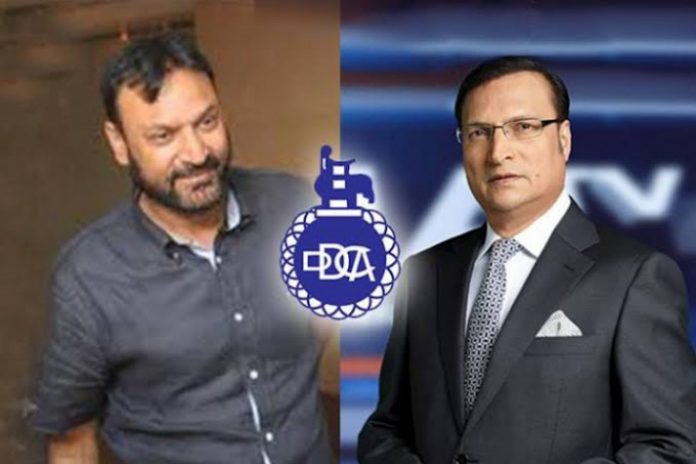 The Rajat Sharma versus Vinod Tihara battle in the Delhi and District Cricket Association is getting intense by the day. Of course, at the cost of the sport and sportspersons.

Ever since the DDCA apex council has put secretary Tihara under suspension, the faction in his favor and the secretary himself have upped the ante against the DDCA president in what seems to be a fight to finish between the two senior-most administrators in the cricket governing body.

A day after 65 members have submitted sworn-in affidavits along with their demand to call the long-pending annual general meeting and proposal to move a no-confidence motion against Sharma, Tihara has formally raised the issue of “turmoil in the DDCA” with the Board of Control for Cricket in India president and secretary.

In the letter addressed to Sourav Ganguly and Jay Shah, Tihara has directly targeted Sharma, accusing him of the “turmoil in the DDCA”. Tihara has raised seven points in the letter, including his “illegal” suspension from the DDCA secretary’s position.

Read More: INSIDESPORT EXCLUSIVE: CEO Rahul Johri on his way out from BCCI!

Tihara has been put under suspension by the Apex Council, pending an inquiry by the DDCA ombudsman, for writing a letter to the BCCI Electoral Officer to challenge Sharma’s nomination as the DDCA representative in the board elections. Challenging his suspension, Tihara has stated that “objections (over State bodies’ nominees for the BCCI election process) were duly invited by the BCCI electoral officer. Hence, any objection filed by a member of a State association before the electoral officer gives no jurisdiction to the Apex Council to punish the ‘objector’.”

Tihara has also accused Sharma of ‘Judicial defiance’, while pointing out that “there is no Ombudsman at the DDCA. Since the term of office of Ombudsman being specified as only 1 year (not AGM to AGM) has expired on 30 June and since no AGM has been convened by the DDCA despite the time period being September 2019, the term of Ombudsman has not been extended or new Ombudsman appointed. Hence, the matter (of his suspension) cannot be heard by the Ombudsman either”, states the letter.

He has also asserted that the AGM is being delayed deliberately, while asking the BCCI to “intervene urgently to ensure that AGM is held immediately, failing which in accordance with the Hon’ble Supreme Court Judgement ‘all financial grants to DDCA be stopped by the BCCI forthwith’.”

Tihara in the letter has reiterated that the DDCA Treasurer is a sitting MLA and requested the BCCI to “constitute an inquiry committee” to look into the matter.  He has further pointed out that the DDCA members have moved a no-confidence motion against the president.

Why DDCA not banned for having MLA in apex council: Diana

Tihara and Sharma had contested the DDCA elections under the same banner. Tihara has been instrumental in ensuring the veteran journalists overwhelming victory over former India all-rounder Madan Lal in the last DDCA elections.

A seasoned pro in the DDCA administration, Tihara has a stronghold over the DDCA members. While Sharma has an overwhelming majority in the Apex Council on his side, Tihara’s faction is keen to settle the dispute in the supreme council – the DDCA general body – where they are confident of winning the numbers’ game. Insiders say that is the reason an AGM has been over delayed.

SL Playing XI vs BAN: Akila Dhananjaya eyes a spot as M Theekshana set to miss out against Bangladesh

BAN Playing XI vs SL: Can Soumya Sarkar return in Playing XI as Bangladesh eye beginning Super 12 with a win?

ENG beat WI in T20 World Cup: West Indies all out for their lowest T20 score by in WC, 2nd lowest overall