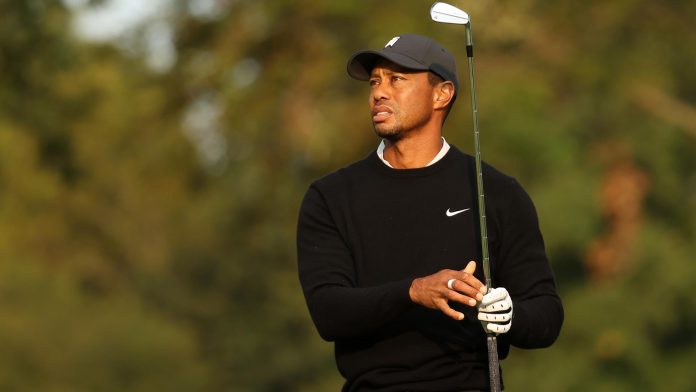 Master champion Tiger Woods departed Winged Foot disappointed and frustrated after missing the cut Friday (Sept 18) at the 120th US Open, but already looking forward to defending his Masters title in November.

Woods missed the cut for the eighth time in his last 15 majors after a round during which he made five bogeys and two double-bogeys over a miserable 11-hole run.

The 15-time major winner fired a seven-over par 77 on Friday at the famed Mamaroneck, New York, layout to finish on 10-over 150, four strokes beyond the cut line.
Interestingly, Woods failed to make the weekend in a major for the first time as a professional when the event was last played at the New York venue in 2006.

“It’s frustrating that I’m not going to be here for the weekend,” Woods said.

“It feels like the way the golf course is changing, anybody who makes the cut has the opportunity to win this championship. I didn’t get myself that opportunity.

“It’s never easy to not be playing for the championship on the weekend. The whole goal of entering an event is to win, and when I don’t give myself that opportunity over the weekend, it doesn’t feel good.”

What is next for Woods is some rest and recovery time.

“Well, probably I’m not going to be swinging a club for a little bit,” Woods said. “Take a little break. And then refocus and get back after it.

The next time Woods tees off in a major it will be in November when he has his long-delayed opportunity to defend last year’s Masters title.

Woods captured the green jacket in April 2019 but because of the coronavirus pandemic has had to wait until November 12-15 to return to Augusta National.

Woods, ranked 21st, last won a title at the 2019 Zozo Championship in Japan last October. Due to the coronavirus pandemic, he will defend that title next month at Sherwood Country Club in California, the same course where he hosted the World Golf Challenge event for many years.

With 82 career US PGA titles, Woods has matched the all-time tour record for all-time victories won by Sam Snead and both Zozo and the Masters offer chances to claim the record before the US star celebrates his 45th birthday in December.

“There’s still one more major to go, and my title defence at Sherwood,” Woods said. “We have a couple big, big things ahead of us.”

He did not talk about how his surgically repaired back held up through the challenge posed by the US Open course, but was unhappy with how he hit the ball off the tees.

“Physically it was frustrating that I didn’t drive the ball as well as I needed to,” Woods said. “Iron play was pretty much the way it has been. It has been good, and I finally putted well.

“But on this golf course it’s imperative that you hit fairways, and I did not do that.”