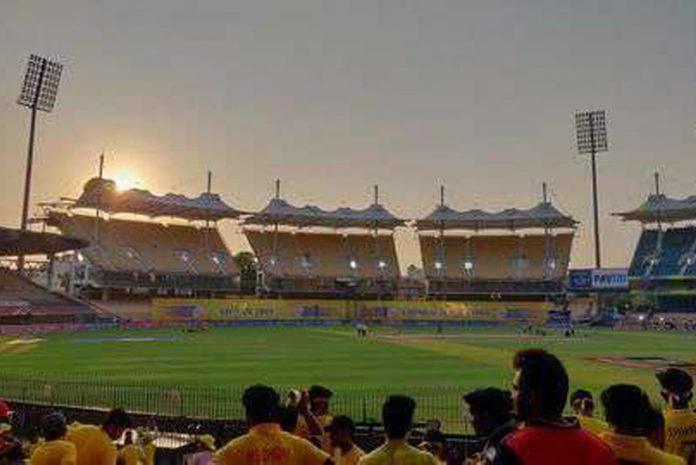 The three closed stands at the MA Chidambaram stadium in Chennai have been de-sealed and opened on Friday.

The I, J and K stands at the M A Chidambaram stadium were de-sealed and opened today (Friday) in the presence of the zonal officer of the Greater Chennai Corporation Ravikumar,” Tamil Nadu Cricket Association Honorary Secretary RS Ramasaamy said in a Press release.

The TNCA president and members expressed their gratitude to the government of Tamil Nadu, the release added.

The gymnasium, which was a bone of contention, at the Madras Cricket Club (MCC) was demolished recently to pave way for re-opening of the three stands.

The stands were sealed after the 2011 World Cup owing to various issues, depriving the city the opportunity to host matches at various events, including the World T20 in 2016 and the IPL final in 2019.

An exception was made when the stands were opened for an India-Pakistan ODI back in 2012.

After the demolition was completed, the TNCA obtained permission from the Chennai Corporation and the Chennai Metropolitan Development Authority (CMDA) for clearance for the three stands.

Earlier, TNCA got custody of the iconic Chidambaram stadium as it entered into a new lease agreement with the Tamil Nadu government.