Thomas Cup FINAL Live: Brimming with confidence, India will again look to punch above their weight when they run into 14-time winners Indonesia in the final of Thomas Cup here on Sunday, seeking to create history one more time. Follow more Updates with InsideSport.IN

Given their formidable record, defending champions Indonesia have been the team to beat in the competition, but the Indian men’s team has shown its mettle by bringing down mighty Malaysia and Denmark to make its first-ever final at the prestigious tournament.

It was a historic moment for the unheralded Indian team as despite the odds, it never lacked in self belief and displayed exemplariy mental fortitude to recover twice from initial reversals to come on top of their opponents.

Going into the final, India will look to prove that it possess the wherewithal to pull the rugs from under the feet of their fancied rivals. While Indonesia have been relentless with an unbeaten record, India have lost just one match — against Chinese Taipei in the group stage — so far in the competition.

If Indonesia disposed off China and Japan in the knockout stage, India went past five-time former champions Malaysia and 2016 winner Denmark.

The poster boys of Indian men’s badminton — Kidambi Srikanth and HS Prannoy — have shouldered the responsibility with an invincible record of five wins, while the country’s best doubles pairing of Satwiksairaj Rankireddy and Chirag Shetty put their hands up whenever the chips were down.

World number 9 Lakshya Sen, who was laid low by food poisoning at the start of the tournament, has played well in patches but couldn’t provide a positive start in the last two outings. On Sunday, Sen is likely to go up against world number 4 Anthony Sinisuka Ginting and the Indian will take inspiration from his last performance against the Indonesian, whom he easily dismantled in straight games at German Open in March.

India’s top men’es doubles pair Chirah Shetty and Satwiksairaj Rankireddy will face Kevin Sanjaya Sukamuljo, Mohammad Ahsan in the first men’s doubles. Chirag and Satwik, had beaten Sukamuljo and Ahsan at the 2018 Asia Team Championships and with Danish legend Mathias Boe by their side, they will fancy their chances. 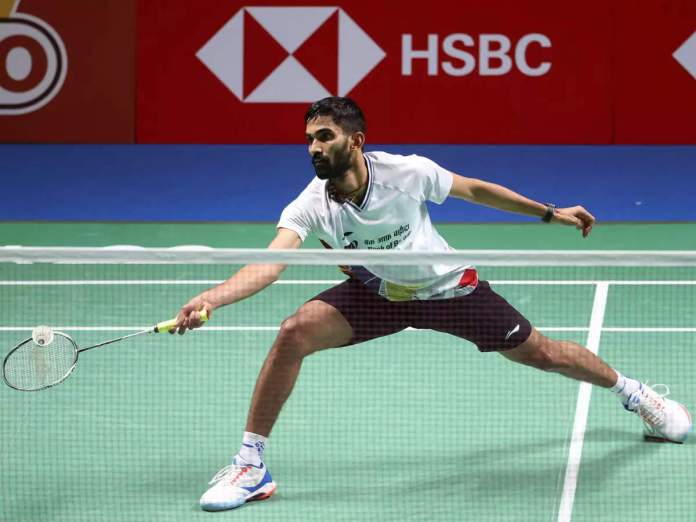 Srikanth is expected to face world number 8 Jonatan Christie, who has been in red-hot form with title win at Swiss Open and runners-up finishes at Korea Open and Badminton Asia Championships. The Indian has a 4-5 record against Christie but he comes into the match after suffering losses in two close matches against the Indonesian this year and would be itching to set the record straight this time.

The young combination of Krishna Prasad Garaga and Vishnuvardhan Goud Panjala have proved to be a weak link but they gave a good account of themselves during their losses against Malaysia and Denmark. The Indian think-tank is likely to bring back MR Arjun and Dhruv Kapila as the second doubles pair for the final. The duo has played two matches in round robin with one win and one loss. The Indian duo will face world number 7 combination of Fajar Alfian and Muhammad Rian Ardianto and it will be an uphill task for India

If the match goes down to the wires then Prannoy, who had battled pain after twisting his ankle to take the team home, will again be summoned and he is likely to cross swords with world number 24 Shesar Hiren Rhustavito. Prannoy, currently ranked 23rd in the world, has a 2-0 record against the Indonesian but he hasn’t played the youngster in the last five years.

“We have a quite balanced team, the doubles are contributing immensely. All the players have played exceptionally well and pulled out matches from close situations. So I feel we have a 50-50 chance against Indonesia,” former India coach Vimal Kumar, who is with the team, told PTI.

“The playing conditions are very different here, there is a lot of drift in the hall, so players who adjust well will have a better chance of getting success. That is the key.

“Also there is added pressure on Indonesia, which is an advantage for us as we have nothing to loss. We are not under pressure like the Chinese, Indonesians or Danish and that helps,” he added.

“Indonesia have a lot of choices in doubles with many players of similar levels, so they can try out different combinations. They are all experienced guys and have done well but I am hopeful,” Vimal said.