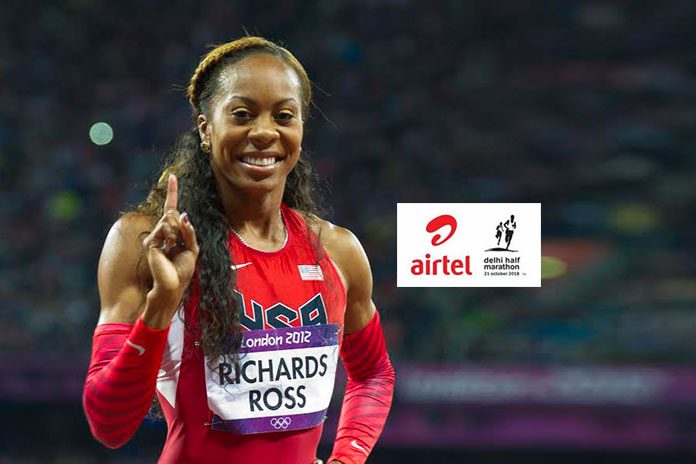 Airtel Delhi Half Marathon has engaged a London Olympic Games gold medalist as the International Even Ambassador for the event scheduled for October 21.

On bringing Sanya Richards-Ross as the event ambassador, Procam International Jt MD said, “It’s a milestone year for us as Procam has completed 30 years and a decorated athlete like Sanya Richards-Ross matches the occasion as well as the caliber of the race that Airtel Delhi Half Marathon is. Sanya’s been a trailblazer not only for her exploits on track and field but also for her contribution beyond the sport. Her journey of persistence and beating the odds is as inspirational as it can get and we hope it ignites a fire in our participants to achieve their goals.” 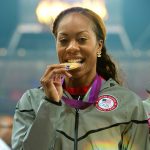 Considered by many to be one of the most graceful sprinters ever, Sanya Richards-Ross has recorded the fastest timing for an American woman in the history of 400m as she had clocked 48.70 to win at the 2006 IAAF World Cup.

Expressing her excitement to be a part of the 2018 Airtel Delhi Half Marathon, Sanya said, “It is an honour to be the ambassador of one of the world’s most prestigious half marathons. Running a half marathon is so much hard work, remaining disciplined and determined, the same mentality one can use to achieve other goals. The city has shown tremendous affinity to the race, which is evident with the increasing participation numbers every year. I’m pretty excited about this role and will be happy to share my experiences and hope I can inspire everyone starting the race that day.”

“This is my first visit to India and I have heard only wonderful things about the country. I look forward to soaking in all the local flavours and feel the magic of this colourful city!,” Sanya further added.

After a 400m silver medal and 4x400m gold at the 2002 World Junior Championships, Sanya made a big impact in the senior ranks during the 2003 IAAF World Championship where, despite being just 18, she anchored the USA to the 4x400m title. From there on, she went on to dominate the world stage over one lap of the track, winning the 2009 400m world title, three World Championships 4x400m gold medals (2007, 2009, 2011) as well various other major championship medals.

Sanya’s meteoric rise also saw her win three consecutive 4x400m gold medals at the Olympic Games (2004, 2008, 2012) and – after a bronze in Beijing four years earlier – she become the first American female runner to win an individual 400m gold medal in 28 years as she was crowned the champion at the London 2012 Olympic Games.

She retired from the sport in 2016. Besides the glory she has achieved in athletics, she also dons the hats of an entrepreneur, an author, a TV Personality, public speaker and a humanitarian.

She founded the Sanya Richards-Ross Fast Track Program in Kingston, Jamaica – the country where she was born and still has close roots – that has provided over 700 children with literacy training, physical education, and healthy meals. As an author, Sanya has three books in her name called Run With Me, Right On Track and Chasing Grace.