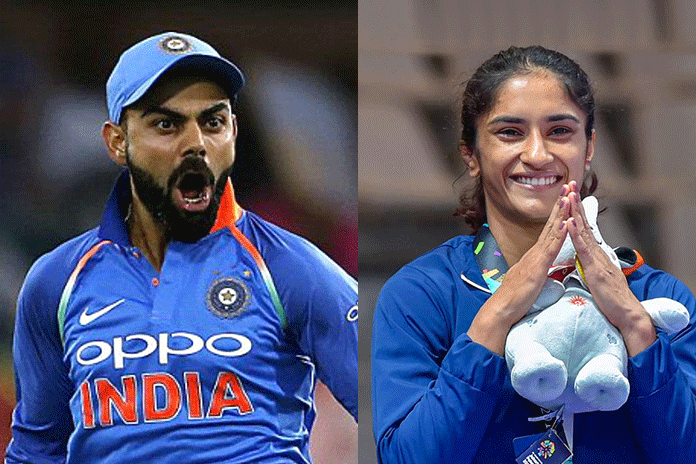 So now 2018 Asian Games gold medallist wrestler Vinesh Phogat and India’s biggest brand icon Virat Kohli will have something in common. Their commercial interests will be managed by the same talent representation and management company.

Vinesh has shared the excitement of her commercial engagement with Cornerstone.

https://t.co/MROAdyqBaS Delighted to be associated with Cornerstone Sport.!! ☺️?

Vinesh Phogat said, “I am excited to be associated with Cornerstone Sport and I am looking forward to working with their team, who manage some of India’s biggest sportspersons.”

Vinesh created history by winning the first gold medal by any Indian women wrestler at the Asian Games 2018. She defeated Yuki Ire of Japan in the finals of the 50 kg wrestling category. Born in Balali, Harayana, Vinesh is a two-time Commonwealth Games gold medallist (2014 & 2018). Also, she has won the Bronze medal at Asian Games in 2014, and a 6-time Asian Championship medalist.

Cornerstone Sport CEO Bunty Sajdeh said, “Vinesh has already shown she’s more than capable of competing at the highest level and we are proud to be able to represent her alongside her sporting career. Indian wrestlers have done well for our Country in the past and we expect greater things from Vinesh in the years to come.”