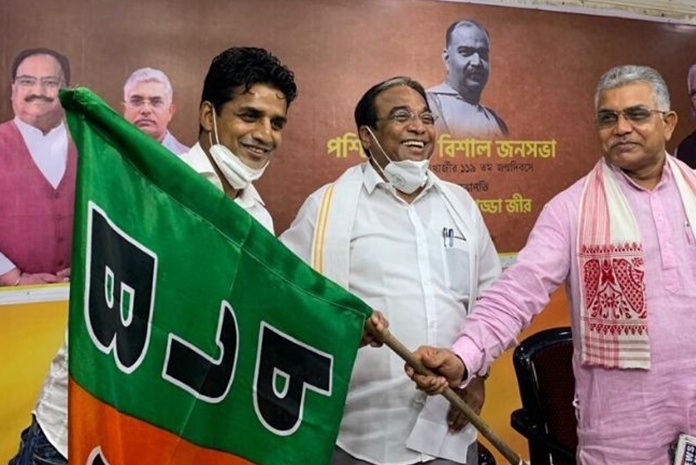 Taking a complete U-turn within 24-hours after joining the Bharatiya Janata Party (BJP), former India footballer Mehtab Hossain on Wednesday snapped his newly-built ties with the saffron brigade, saying he would prefer to stay away from politics.

In a Facebook post on Wednesday, he said that he took the decision to join West Bengal BJP on his own. His family members and friends were not happy with the decision.

“I wanted to join politics to do something good for the people. But my own people who love me do not want to see me in politics; there is no point joining any political platform. I have realised that they prefer seeing me in the green fields of the football ground, not in the political battlefield. They have requested me not to join direct politics,” Hossain said in his post.

Dubbing BJP as a secular political formation, the ex-footballer had said that he was happy to work for the poor people in the days to come. On joining the saffron brigade, he had said: “I have been trying to do something for the people for a long time. But, later I realised that politics is the best platform to do something good for the common people. That’s why I embarked upon this field.”

“But now I don’t want my life to be changed completely. My family has not supported my move. They still want me to be known as ‘Midfield General’. I cannot do anything which will make my family unhappy,” he wrote on Facebook.

Hossain also mentioned in his post that he did not have any pressure from anyone in this issue. He said whatever he did was completely his own decision which he took quite willingly.

“From today, I am not associated with any political party,” he said, while apologising to all his well-wishers.

A defensive midfielder during his playing days, Hossain has played for both the Kolkata giants, Mohun Bagan and East Bengal. He was with East Bengal for 10 seasons, winning the Federation Cup thrice.