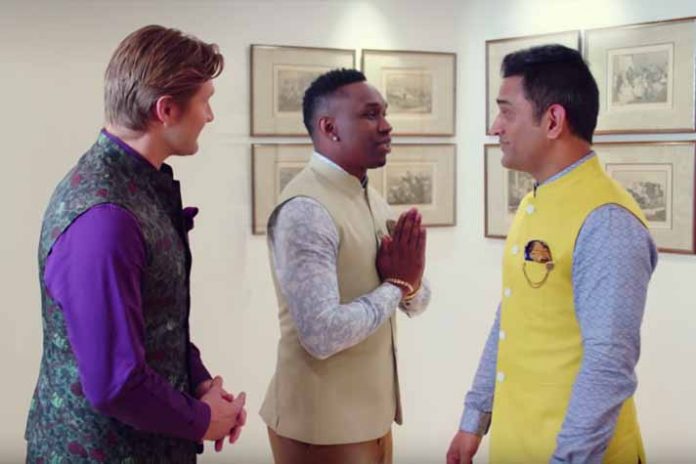 Peter England, the menswear brand from Aditya Birla Fashion and Retail Ltd, has joined hands with the cricket maestros – Mahendra Singh Dhoni, Shane Watson and Dwayne Bravo to celebrate the spirit of Diwali with their festive collection.

The Peter England new campaign features a refreshing TVC starring the champions of Chennai Super Kings, as they suit up in stylish Nehru Jackets in contemporary colour palettes. The campaign has debuted nationally across 300 cities in multiple mediums like Television, Print, Online, movie screens and Out of Home. The film is being aired across 2500 screens, digital channels in over 30 major TV channels thus supported by a diverse promotion strategy.

Read: He is still playing incredibly well: Watson on Dhoni

Commenting on the launch, Manish Singhai, COO, Peter England, said, “The Peter England Festive collection offers a rich promise to every Indian man to be at his fashionable best. Our latest offering is something that promises to fill their wardrobes with interesting patterns, designs and contemporary styles. They can now look beyond the usual options and dress differently for different occasions. The campaign features the CSK stars and brings to life the brand’s high voltage fashion quotient. A highly focused marketing plan is currently being executed across platforms to reach our consumers.”

The refreshing 30 seconds video puts the spotlight on the cricketing superstars engaging in light-hearted banter. The opening frame captures Watson and Bravo embracing the festivity, by sporting traditional sherwanis. Enter MS Dhoni in a Nehru Jacket in rich festive yellow; looking resplendent. He manages to impress his team mates who in turn shower compliments. The summer jacket which has been sported by some of the most famous personalities worldwide is indeed a posh choice. The narration is clear, this festive season looks for chic yet contemporary alternatives.

More Read: We are moving on, says chief selector MSK on Dhoni