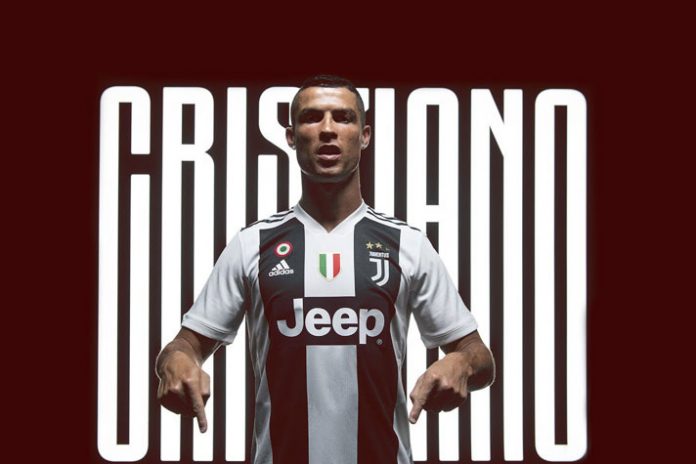 The recent Cristiano Ronaldo-Juventus deal has been a win-win deal for the club and the football legend. Even as Ronaldo has maintained that money was not the sole criteria for his move from Real Madrid to Juventus, CR7 will be richer by ₹2.74 lakh (€3,434) per hour on account of his salary form the club. Juventus is reaping rich harvest on all accounts ever since the news about the Ronaldo signing has come out.

Even before the euphoria around the FIFA World Cup went down, Cristiano Ronaldo-Juventus deal has taken the football world by storm. The Cristiano Ronaldo’s move to Juventus, after his 9-year-long illustrious and decorated stint with the LaLiga giants Real Madrid, is turning out to be a windfall for the club.

The 33-year-old Ronaldo’s move from LaLiga to Serie A has got everyone buzzing with emotions and excitement – from paparazzi, football fanatics, pundits and critics, all alike.

However, the most interesting and core facet of this transaction has still been left to speculations and deliberations – the intricate financials details and economics involved in this football’s ‘to-be-remembered’ deal in the years to come.

The economic analysis of the deal indicates this to be a win-all deal for the club and its latest icon.

For the club who have been waiting to lift their first Champions League Trophy since 1996, the happiness and the ecstatic feeling of signing the five-time Ballon d’Or award winner are incomparable beyond all measures. It’s a personal record deal for the club that has not been in the news for an iconic and expensive signing over a decade.

Investment – The highest ever transfer deal for an Italian club stands out to be @ €100 million ($117 million). However, the deal will reportedly cost Juventus €400million ($470 million) which includes everything from the transfer fee, taxes, wages as well as an extra €10 to €12 million ($11.75 million) that will go to Ronaldo’s agent Jorge Mendes. Real Madrid is set to get richer by €112 million.

The Bianconeri deal has overshadowed the sale of Zinédine Zidane to Real Madrid in 2001, which was the world football transfer record at the time, costing the Spanish club around €77.5 million.

Gains – The Ronaldo deal, even after gigantic shelling, has been touted to be the most lucrative investment ever made by Juventus. The share price of Juventus saw a whopping 34.8% jump in just eight days after Ronaldo’s transfer was announced.

The merchandising business of Juventus is also on cloud nine as it saw a total of 520,000 Ronaldo’s No. 7 shirts going on sale at the Adidas and Juventus’s official outlets alone in first 24 hours of the launch. Ronaldo has retained his symbolic No. 7 at Juventus, too.

The mad rush for Ronaldo Juventus shirt saw unending queues outside the Juventus Store in Milan, especially after the online site crashed once the shirt first went on sale for the first time last week. According to reports, the club is now selling an unprecedented one shirt per minute as the frenzied Ronaldo fans are looking forward to donning the colours of his new home in Turin.

Not Just that! The club’s sponsors have now been put to a massive traction tracking spree as it has garnered a fresh influx of fan following on its social media pages. Since the deal was announced, Juventus has added 1.4 million followers on its Instagram account, while the numbers have been up by 1.1 million on Twitter along with 500,000 Facebook page likes.

Even as report suggest that Ronaldo has severed ties with Real Madrid as the club failed to add him into the books of highest-paid footballers, CR7’s vainglorious statement that he is moving out of happiness and not for money was quite a surprise. He further said, during his customary unveiling at Juve, that he was not like other footballers who move to China or Qatar for fat and juicy paychecks.

To put that in perspective, the entire spending under players’ salary accounts of 25-member Juventus squad last season was €150.6 million in total, with top earners like Dybala and Higuain earning €7-7.5 million per year after tax. Ronaldo’s salary constitutes 20% of the last year’s annual salary budget for Juventus.

Ronaldo is also tipped to be inking a brand endorsement deal with the club’s sponsor Fiat. The Italian car manufacturer is reported to be contributing to a part of the deal and Ronaldo’s wages in order to keep the potential sanctions, that the club may face, from UEFA Financial Fair Play (FFP) rules at bay.

A benevolent Ronaldo time and again has hinted through his deals that he is not around for big money. For his the pride in his performance and sporting gains remain paramount. With Juventus, the Portuguese football icon is in a chance to bag his fifth UEFA Champions League crown.

Ronaldo moves to Juventus for happiness, not money

Ronaldo at Juventus: One order per minute, CR7 jersey an instant hit