The Hundred: 27 IPL 2021 players will move to The Hundred in June; could it be the next big thing?

The Hundred: 27 IPL 2021 players will move to The Hundred in June; could it be the next big thing?- With the world…

The Hundred: 27 IPL 2021 players will move to The Hundred in June; could it be the next big thing?- With the world saturated with T20 cricket leagues, The Hundred, England’s newest offering to the sport, has caught everyone’s attention signing up as many as 27 IPL players for the first edition.

Not only the format is shorter but some tweaks have made it an exciting new game of cricket. Scheduled to be played in the summer of 2021, The Hundred has signed up some international stars that make it even more intriguing.

Back in 2008 with Brendon McCullum smashing an unbeaten 158 for Kolkata Knight Riders in the tournament opener, the Indian Premier League (IPL) changed the course of cricket. The Hundred with the likes of David Waner, Andre Russell, Keiron Pollard, Glenn Maxwell, Eoin Morgan, Ben Stokes and other IPL stars could similarly capitalize on shorter-format momentum in cricket and eclipse IPL’s popularity someday. In the first edition of The Hundred,

Also Read: IPL 2021: No taker for IPL’s most expensive player Chris Morris in The Hundred Draft

Keiron Pollard, who will feature for Welsh Fire, said he was excited to play in the new format. “I can’t wait to come and play in The Hundred, it’s an exciting new cricket competition and I’m really pleased to be part of it. There were so many top players who entered The Draft and I was really happy to be the second pick. With Jhye [Richardson] joining as well, I think this Welsh Fire team has got some serious firepower in both bowling and batting line-ups, so I believe we can put on a real show,” he said.

Here, we look at 27 IPL players who would complete their IPL commitments in June and feature in The Hundred in July.

1.       Andre Russell (KKR, Southern Brave): An entertainer of the game, the Jamaican is a specialist when it comes to shorter formats. The KKR all-rounder has scored 1,517 runs in the IPL with a mammoth strike rate of 182.33 from 74 matches. In The Hundred, he could be the perfect destructor in charge.

2.       David Warner (SRH, Southern Brave): The Aussie left-hander is IPL’s best batsman at the moment, taking over even India skipper Virat Kohli with consistency. In 142 matches, the SRH opener has scored 5,254 runs at an impressive average of 42.71. He is expected to continue his form and be the face of The Hundred as well.

3.       Ben Stokes (RR, Northern Superchargers): The flamboyant English all-rounder joined the IPL bandwagon late but he earned a whopping Rs 14.5 crore contract from now-defunct Rising Pune Supergiants. After that, he moved to Rajasthan Royals in 2018 and since then he has continued to earn Rs 12.4 crore per season. At home, he is expected to be one of the faces of The Hundred.

4.       Eoin Morgan (KKR, London Spirit): The KKR skipper has had an average IPL career until the 2020 season where he scored 418 runs at 41.8 average. A classic English batsman, a lot is expected of him in The Hundred.

5.       Glenn Maxwell (RCB, London Spirit): A franchise favourite in the IPL, Maxwell earns no matter how his form is. Although the Aussie all-rounder has failed to live up to the expectation, he has continued earn in millions. At the recent IPL 2021 auction, Maxwell was sold for a whopping Rs 14.25 crore to RCB. For London Spirits, at The Hundred, he is expected to score some runs and entertain.

6.       Kane Williamson (Birmingham Phoenix, SRH): The Kiwi skipper is known for his technique and class as a batsman. He is not as destructive as Warner or others but could do the job well in shorter formats as well.

7.       Rashid Khan (SRH, Trent Rockets): The Afghan youngster has been a hit in the IPL. The SRH spinner who bamboozles batsmen on Indian conditions, could bowl equally well. His all-round abilities will be a gift to Trent Rockets.

8.       Nathan Coulter-Nile (MI, Trent Rockets): The Australian fast bowler hasn’t had a great IPL career. But in the new format, the Mumbai Indians bowler might just be the star with or five or 10 balls to bowl.

9.       Dawid Malan (PK, Trent Rockets): The World No 1 T20 bowler will play his debut IPL in 2021. While he did not get an exciting price tag, the English opener in English conditions is expected to shine and be the flagbearer of The Hundred for Trent Rockets.

10.   Sam Curran (CSK, Oval Invincibles): The English all-rounder is yet to have a breakthrough season in the IPL. But at CSK, he delivers when he is needed. After a disappointing campaign with CSK in the IPL, he will be eager to get back to winning ways and is expected to emulate his success at The Hundred.

11.   Moeen Ali (CSK, Birmingham Phoenix): England’s ace spinner in the Tests, Moeen Ali has become an all-rounder in T20s thanks to the IPL. With a strike rate of 158.46 in the IPL, Ali is a smasher that provides depth to any team’s batting. He is expected to play the same role for Birmingham Phoenix in The Hundred.

12. Adam Zampa (RCB, Birmingham Phoenix): The Aussie spinner has transformed into a great white-ball bowler and has had decent success for RCB in the IPL. One of the few overseas spinners in The Hundred, Zampa will have a lot of people’s attention.

13.   Sunil Narine (KKR, Oval Invincibles): The West Indies all-rounder came as a specialist mystery spinner and rattled opponents for KKR. He was instrumental in KKR’s two titles. But with time, he has become a destructive batsman. While his effectiveness as a spinner might not be the same, with 20 balls to bowl in The Hundred, he could be a big hit like in the IPL.

14.   Sam Billings (DC, Oval Invincibles): The English all-rounder hasn’t yet played a full IPL tournament due to national team commitments. But that did not deter Delhi Capitals from snapping him at his base price of Rs 2 crore. But as he will be available for the entire duration of The Hundred, it would be interesting to see how he fares.

15. Jofra Archer (RR, Southern Brave): The English pacer has been consistent for Rajasthan Royals in the IPL, taking 46 wickets from 35 matches. Given assistance to seamers in English conditions, Archer could be a hit there too.

16.   Mohammad Nabi (SRH, London Spirit): Another Afghani cricketer who will play both IPL and The Hundred, Mohammad Nabi has been a fringe player in the IPL for Sunrisers Hyderabad. But a successful stint in The Hundred could change that.

17.   Jonny Bairstow (SRH, Welsh Fire): The English batsman has played only 21 matches in the IPL but has scored 790 runs at an average of 41.57. He has powered SRH’s batting and is expected emulate his success for Welsh Fire.

18.   Kieron Pollard (MI, Welsh Fire): An all-rounder who could equally be destructive with the bat and ball, Kieron Pollard has been Mumbai Indian’s most consistent player in the lower middle-order and title-winning campaigns. At The Hundred, he is again expected to carry his IPL form.

19.   Jhye Richardson (PK, Welsh Fire): On the back of a successful Big Bash League, the Australian pacer was bought by Punjab Kings for a whopping Rs 14 crore after an intense battle with RCB. In the IPL 2021, he is expected to come with a huge expectation and if he succeeds, The Hundred will expect a lot too.

20.   Jos Buttler (RR, Manchester Originals): While the English batsman has struggled with injuries, whenever he has featured, he has been consistent. At home conditions, a lot will be expected of Buttler.

21.   Kagiso Rabada (DC, Manchester Originals): The South African speedster has had a wonderful IPL 2021 scalping 30 wickets for Delhi Capitals. In just 35 matches, he has bagged 61 wickets and could be a big hit in The Hundred.

22.   Chris Lynn (MI, Northern Superchargers): The Australian batsman has been in superb form in the IPL for the last three seasons for KKR. On the back of the successful run, he will ply his trade in The Hundred and he is expected to shine there as well.

24.   Tom Curran (DC, Oval Invincibles): Sam Curran’s brother Tom is yet to have a successful IPL season but brothers could write a new chapter in The Hundred at Oval Invicibles.

25.   Chris Jordan (PK, Southern Brave): Not so successful with RCB, Jordan moved to Punjab Kings in the IPL where he bagged nine wickets last season. But in familiar conditions, the pacer could be successful.

26.   Marcus Stoinis (DC, Southern Brave): A lot has been expected of the Aussie all-rounder but he is yet to be successful, struggling to get back to his rhythm in Indian conditions. But in England, with conditions favouring him, he could become successful.

27.   Nicholas Pooran (PK, Manchester Originals): A hard-hitter, the Trinidadian batsman had a good season with Punjab Kings in the IPL 2021. He would like to continue his form in The Hundred where he could be a huge success.

Also follow the IPL Moneyball to know how much the each IPL player stand to lose if the IPL 2021 does not see the light of the day this year. 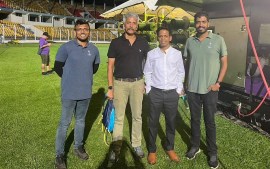 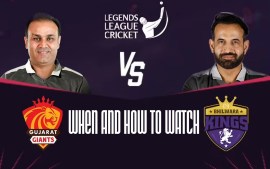