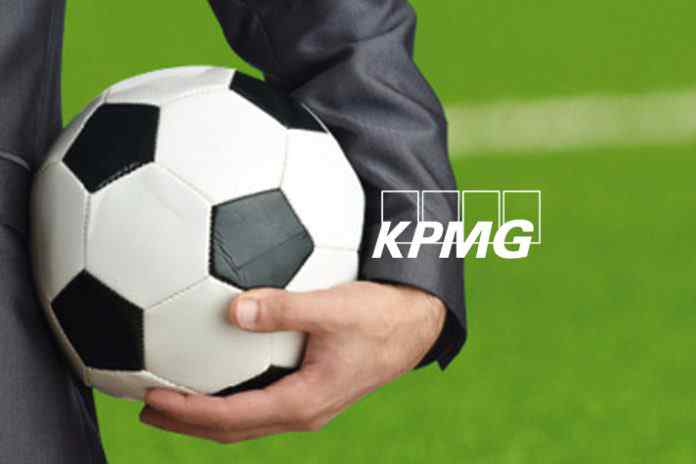 Unprecedented salaries and unexpected club transfer records are raising debate on the financial sustainability of football clubs. Are the kind of monetary considerations like Neyamar’s Euro 222 million ($ 261 million) transfer to Paris Saint Germain really affordable? The world record figures are more than 100% of the sum Manchester United had committed to acquire Paul Pogba last year.

With the aim of throwing some light on this topic, the KPMG Football Benchmark team has compared operating revenues and total staff costs for the big-five leagues over the past five seasons.

The report – The Business of Football : Are Wages Affordable? – suggests that starting from the 2011-12 season, the top five leagues – English Premier League, Spanish LaLiga, German Bundesliga, Italian Serie A and French Ligue 1 –  have grown operating revenues in excess of total staff costs. 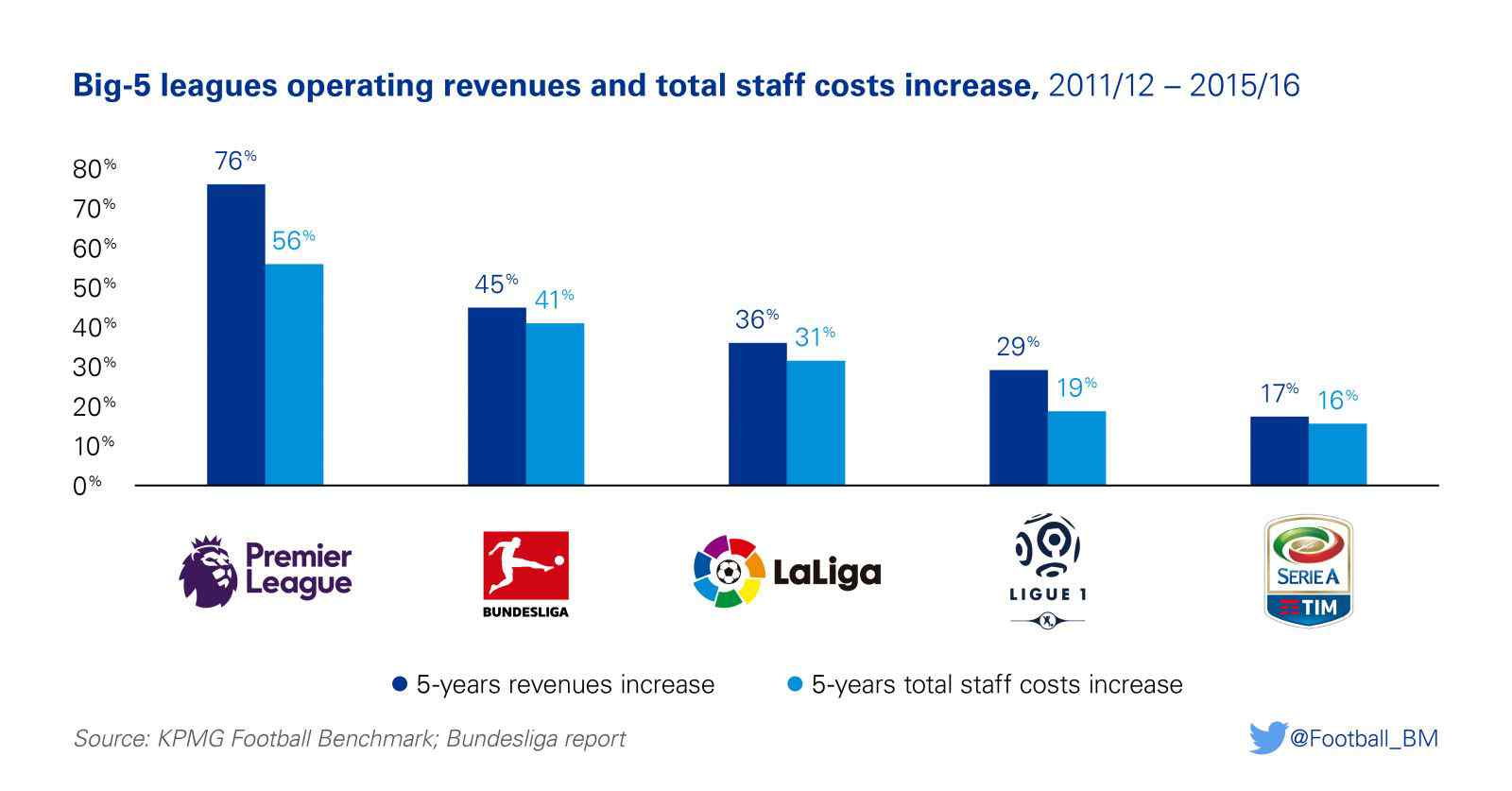 The reports also presents analysis of the operating revenues and trends around total staff costs of the 11 most valuable clubs, in the same timeframe. Out of this sample of 11 clubs, seven had disclosed a revenue increase that outpaces the rise in staff costs, two score an ex-aequo and two score a negative result, the report suggests. 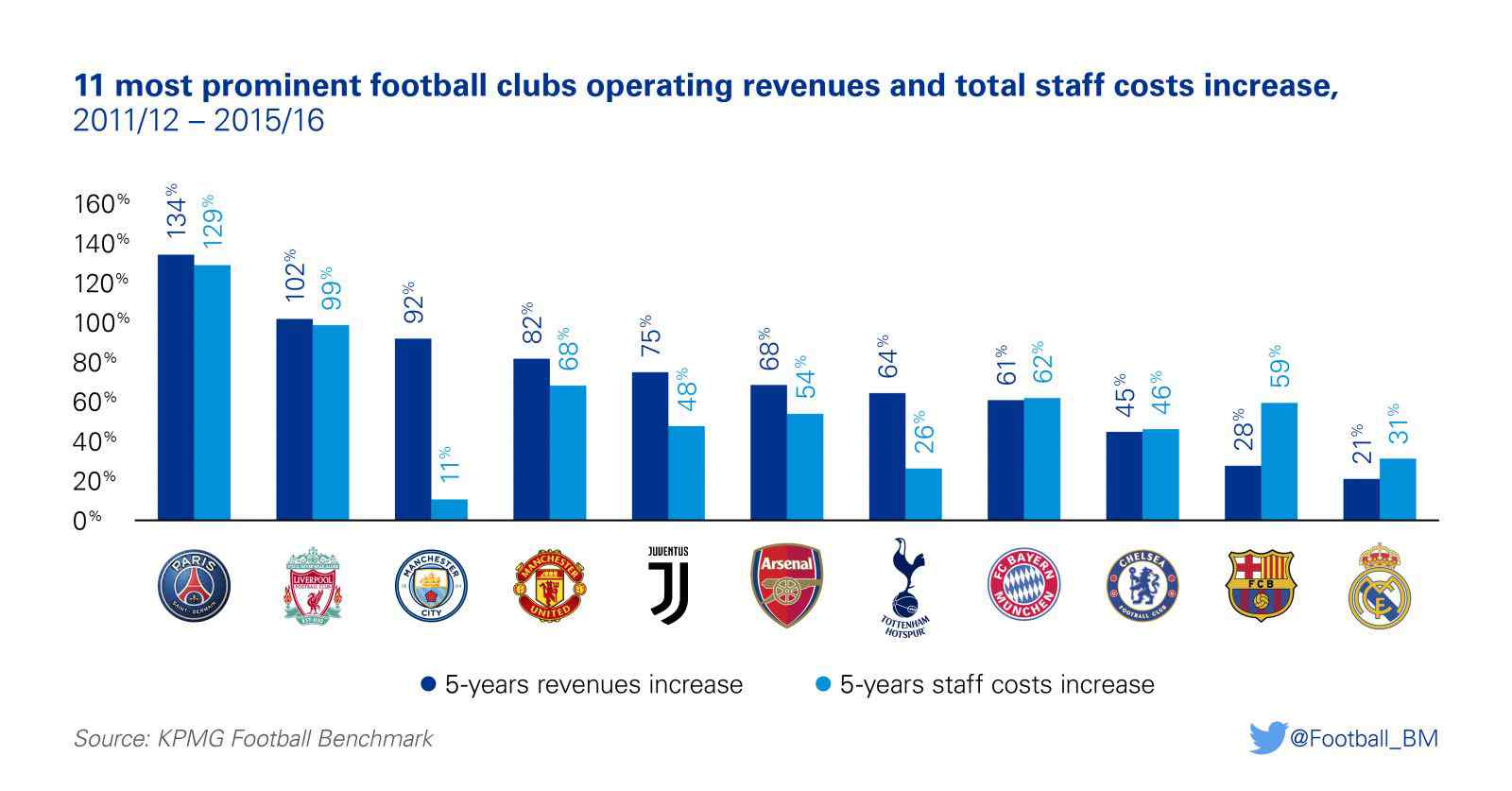 All the Premier League clubs, except Chelsea FC, stay in line with the overall results by aggregate figures; Liverpool FC display the highest growth by both metrics, while Manchester City FC have the most positive result.

Furthermore, Italian champions Juventus FC and French giants Paris Saint-Germain FC also join this cluster of clubs, as their ability to leverage their revenue streams outperforms the increased remuneration of the staff, suggests the report.

THE REPORT ON LEAGUE SALARIES