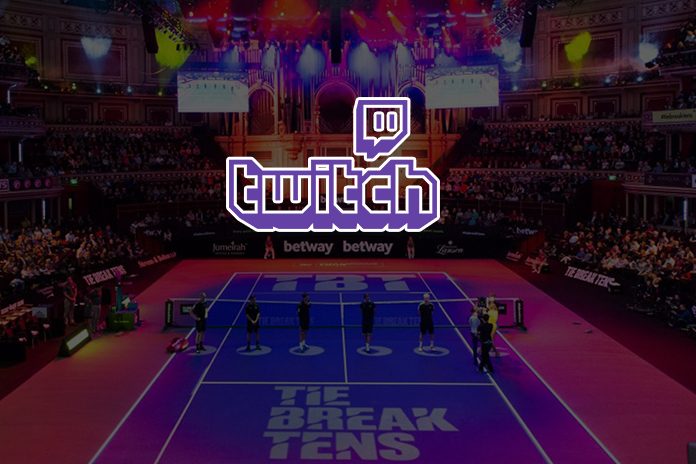 Tie Break Tens, the fast-paced, short-form tennis format has entered in a partnership with social video and live streaming platform Twitch. The partnership will enable Tie Break Tens content online, including all previous seven tournaments from around the world.

Transmit.Live, a live-streaming marketplace and distribution platform, will assist Tie Break Tens by helping to stream curated programming schedules for the tennis brand on Twitch, with dynamic brand monetisation integrated within content for an un-interruptive viewing experience.

Tie Break Tens and Transmit.Live will donate a proportion of the streaming proceeds to charities to help fight the Covid-19 pandemic.
The Tie Break Tens was due to begin with the event at Indian Wells on March 10 but was cancelled because of Covid-19. It remains to be seen when the next events will be held.

TB10 tournaments have featured some of the leading tennis players in the world including Novak Djokovic, Rafael Nadal, Dominic Thiem, Andy Murray, Serena and Venus Williams and Simona Halep. A full player list and tournament schedule can be found at www.tiebreaktens.com

Twitch is used around the world as a live streaming service for content where millions of people come together every day to chat, interact and make their own entertainment together.  The Twitch audience will be able to watch the TB10 action from around the world and enjoy the fast paced content which includes Kyle Edmund triumphing over Andy Murray in London 2015 as well as Dominic Thiem’s maiden tournament which came with a victory in his home country of Vienna in 2016.

As part of their partnership, TB10 and Transmit.Live will be donating a proportion of the streaming proceeds to charities to help fight the Covid19 pandemic with more information on this to be announced.

“We are delighted to announce our new efforts with Twitch as a service that will provide content to tennis fans around the world” said Michael Stafford, Head of Business Development at Tie Break Tens. “We are very much looking forward to working together and are delighted to be working with such an innovative and pioneering streaming service that really appeals to our key demographic of 18-35 year olds”.

Farhan Ahmed, Strategic Partnerships Manager of Twitch said, “We are excited to welcome the Tie Break Tens format to our growing sports community, which currently hosts high profile sports including Formula 1 and the NBA.”