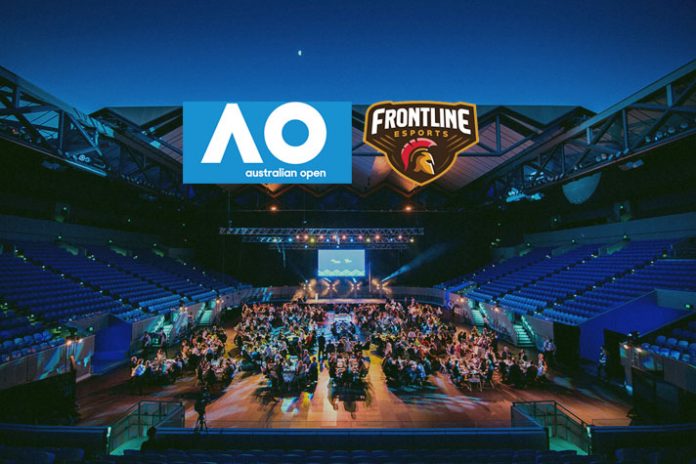 The first Grand Slam of the year – Australian Open 2019 – will feature more than just tennis. One of the biggest eSports events Down Under, the Frontline Summer Smash will take place at the Margaret Court Arena ahead of the Australian Open women’s and the men’s final.

Tennis Australia has tie up with Epic Games and ESL for the A$ 500,000 (€312,000 /US$358,00) prize money eSports event. Thecompetition will be open on the first come first served basis for the 500 applicants, ageing 16 years or above. The competition is open only to the Australian and New Zealand residents.

The qualifiers are scheduled before the women’s final on January 26 and the main event is scheduled for Sunday (January 27) as a build-up for the men’s final.

Australia’s best Fortnite players are set to compete in a solos tournament with a further 100 personalities from sports, entertainment and the gaming world taking part in a Pro-Am duos tournament for a record $500,000 in combined prize money and charitable donations.

The event, though a major activation for the Australian Open, will is ticketed separately with the prices starting at A$49.

The Fortnite Summer Smash solos event will consist of three phases – registration, a qualifying stage and finals stage. Points awarded for each stage are as follows:

The first 500 eligible players to register online will be invited to compete in one of 5 heats at Margaret Court Arena on Saturday 26th of January 2019. Each heat will consist of two matches, with the top 20 from each heat progressing to a 6 match Grand Finals event a day later.

A 3 match charity Pro-AM duos event will be held after the solos. It features some of Australia’s best players from gaming and entertainment.

The prizes won at the Duos event will go towards charities of the winners’ choice.

The participants cannot us external peripheral devices. It will be mandatory to use the peripherals provided by the organisers.

Tennis Australia has also announced a Sports Films Festival during the Australia Open. These events highlight the importance of activations and paraphernalia even for the sports competitions of global magnituted.