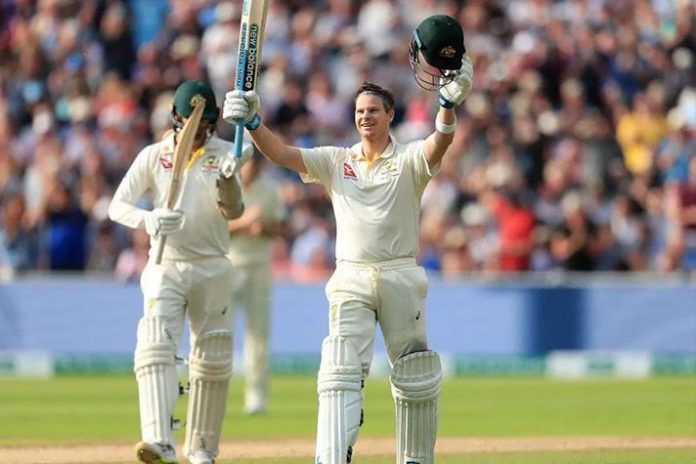 The legendary Sachin Tendulkar has congratulated Australia for winning the first Ashes Test and heaped special on Steve Smith for making a remarkable comeback into the longest version of the game.

“Well played Smith. What a way to make a comeback to Test cricket. Terrific bowling by @NathLyon421. Congratulations to Australia for winning the first Test match,” Tendulkar tweeted after Australia thrashed England by 251 runs at Birmingham in the first Test of the five-match series.

Holder says his batsmen should learn from Steve Smith

Returning to Test cricket after serving a year-long ban for the infamous ball-tampering scandal in South Africa, Smith struck 144 runs in the first innings to bail out Australia from a difficult position.

Smith carried on his form and scored another century, 142, in Australia’s second innings to become only the fifth Australian to make tons in both innings of an Ashes Test.