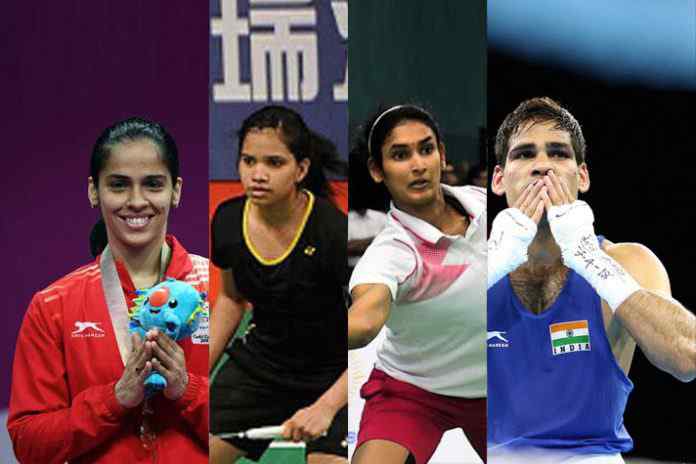 Ace shuttler Saina Nehwal will be awarded ₹50 lakh cash prize for her gold-winning streak in women’s singles while Sikki Reddy, who bagged bronze along with Ashwini Ponnappa, will get ₹30 lakh.

Another young shuttler Ruthvika Shivani will get ₹25 lakh. The badminton trio from the Telangana state were also part of the mixed team that won gold.

Nizamabad boxer Mohammad Hussamuddin, who won a bronze medal in the 51 kg category, will get ₹30 lakh.

Sports Authority of Telangana State (SATS) chairman A Venkateshwar Reddy thanked the Chief Minister for acknowledging the achievement of the athletes. He has also requested him to clear the Excise Cess file that will help a funding of Rs 100 crore per year.

India has finished Gold Coast campaign with 26 gold, 20 silver, 20 bronze medals and the third spot in the medal tally. The total of 66 medals marked the third richest haul for India in the history of the Commonwealth Games.