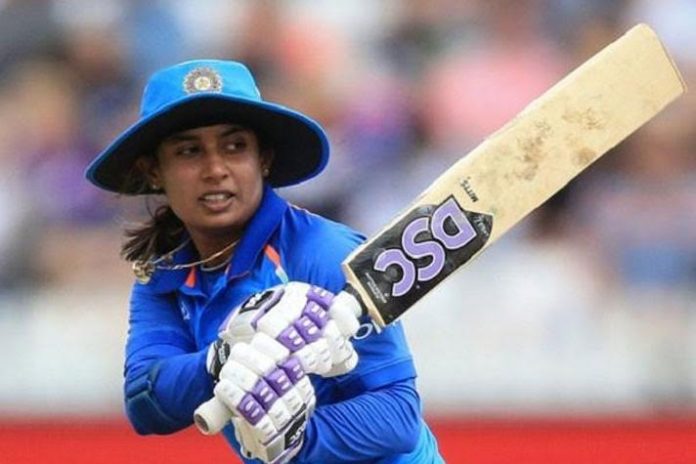 Indian women’s ODI team skipper Mithali Raj said the team is focussed on avoiding the qualifiers ahead of the 2021 World Cup but reckoned it will be a major challenge facing World Cup champions England in the absence of injured Harmanpreet Kaur.

The Indian women’s team begins its three-ODI series against England at home on Friday in the absence of star player Harmanpreet Kaur, who has been ruled out of the series due to an ankle injury.

Mithali said her team is focused on holding on to its position in the top-four of the world rankings till 2020 to get direct qualification for the 2021 World Cup.

“It’s a very important series for us, being number three right now in points table. Points are at stake and I definitely want the team to get direct entry (into the next World Cup). It’s important to get as many points as possible from the series,” she said on the eve of the series.

India had beaten England 2-1 the last time the visitors were here in 2018 but Mithali said facing the visitors without Harmanpreet will show the team’s depth.

“England are a formidable side, being the World Cup champions and they will come strongly at us. We should be playing a positive brand of cricket,” said Mithali.

“They’ve got their senior players back into the squad, and we are without one of our senior players. But this series will also show how we meet this challenge. It will reflect the depth of our team.”

On the absence of Harmanpreet, Mithali said the injured player will be missed but her absence also provides chance to the youngsters to come good.

“Harman is not there because of injury. I should emphasise that we, as a batting unit, should take the (added) responsibility and whoever gets the opportunity should play that role,” she added.

For a direct entry into the World Cup, Mithali and company need to hold on to their position in the top-four of the world rankings till 2020.

The equation becomes a bit more complex in the wake of the terror attack by a Pakistan-based terror-outfit in Pulwama in Kashmir and the outrage it has given rise to all over the country.

Now there’s a distinct possibility that the Indian team may not line up against Pakistan and Mithali said she was aware of this sort of scenario.

“It’s always been in our minds that we probably won’t play Pakistan, and that’s why, whatever matches we play against whoever, we should be going in by keeping in mind that we need those points,” she remarked.

India had defeated New Zealand 2-1 in the recent ODI series in different conditions and Mithali said they will take the confidence into the series against England.

“It was our first win on the New Zealand soil, so it feels great to win a series there, but to come home and play England is completely different,” she said.

“The conditions are different. We’ll take a lot of positives and confidence from that series win, but our preparation and strategy differs from what it was in New Zealand.”

Mithali was of the view that spinners would hold the key although because of the early starts there would be some moisture for the medium pacers to exploit.

“A little bit of moisture will be there because most of the matches in India start at 9 am. But as the days progress it (wicket) will ease out. (Veteran pace bowling all rounder) Jhulan (Goswami) had done very well in New Zealand, supported by Shikha (Pandey) and Mansi (Joshi),” she said.

“I think spin will be the main factor for all the matches we play at home and that’s one of the reasons why we produce the best spinners. If there is moisture the fast bowlers will come into play and in the second innings there will be some slow turn.

“In New Zealand they (Indian spinners) did very well and considering the slowness of the wickets, I hope they will do well in these conditions.”

She conceded the good starts provided by the team’s openers in New Zealand had given the middle order little chance to test its wares.

“Jemimah (Rodrigues) and Smriti (Mandhana) gave us great starts in New Zealand and the middle order was not tested that much,” she pointed out.

Mithali dismissed speculations of her impending retirement from the T20 format after the England series, which also features T20s.