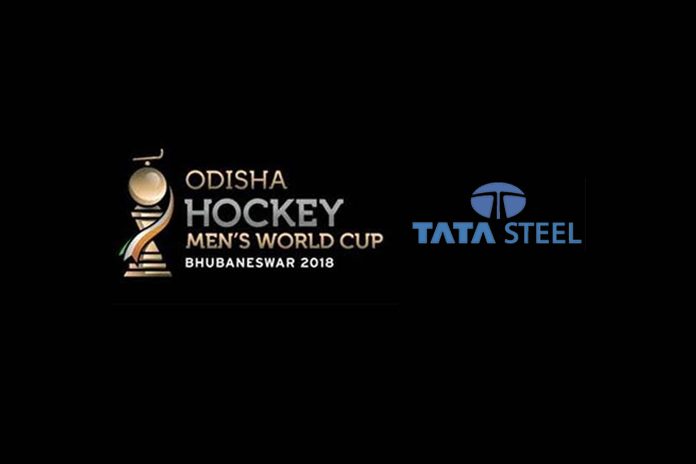 “Tata Steel has a long and enduring commitment to sports. Over the years, we have created infrastructure for every sports discipline, including hockey, that is popular in and around our areas of operation. Tata Steel is the first private sector company in India to start a hockey academy. Tata Steel is proud to be associated with the Hockey World Cup, which is being held for the first time in the eastern part of India,” said Mr Sunil Bhaskaran, Vice President, Corporate Services, Tata Steel.

The World Cup is scheduled to be held from November 28 to December 16, 2018, at the Kalinga Hockey Stadium in the capital city of Odisha. India take South Africa shortly after the tournament opener between Belgium and Canada as all the four Pool C teams take to the turf on Day One.

Tata Steel, the 10th-largest steel producer in the world, has signed the agreement with the quadrennial event to continue their efforts of promoting development through sports throughout the country.

The Odisha Hockey Men’s World Cup Bhubaneswar 2018 is the 14th edition of the FIH Hockey Men’s World Cup and will be the third time that India will be hosting the prestigious competition after having played hosts in 1982 in Bombay and in 2010 in New Delhi. A total of sixteen nations will take part in the tournament which will see each team play three matches during the league stage over the span of twelve days before four cross-over matches take place on 10th and 11th December, 2018. The knockout matches will take place on 12th, 13th, 15th and 16th as the teams will look to become the Champions of the prestigious quadrennial event which was won by Australia in 2014.