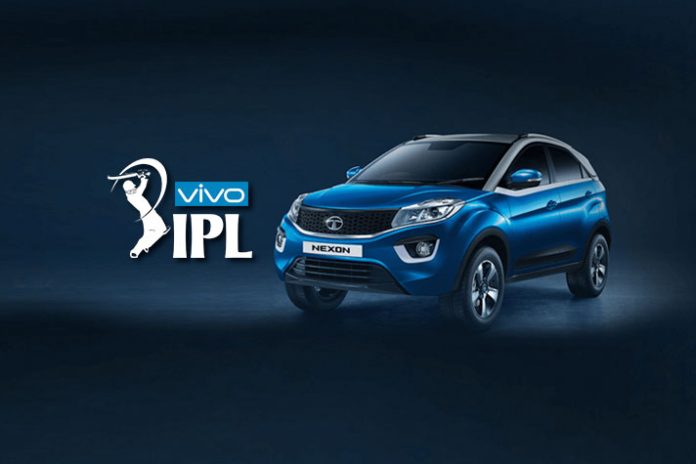 Tata Motors has inked a three-year deal with the Board of Control for Cricket in India to be an official partner for the IPL.

Those in the stands with a cricketing talent too can return home richer by ₹ 1 lakh with the Tata Nexon Fan Catch. Any spectator in the stands who takes a single-handed catch will get ₹ 1 lakh prize. There is more for the fans as well. The winner for the season gets a Tata Nexon.

Tata Motors president passenger vehicle business unit Mayank Pareek while announcing the IPL tie-up in Mumbai on Wednesday has said: “We are delighted to have our ‘level next’ performing brand Tata Nexon be associated with IPL, one of the biggest sporting event in the country that gives brands a very effective, large-scale platform to connect with its consumers. Cricket is the most celebrated sport in India and the IPL is all about superlative performance, which is also the mantra for the Tata Nexon.”

Insidesport.co on Wednesday had reported the Tata Nexon-BCCI tie up for the IPL.

Although this is the first time Tata Motors is investing in IPL on a huge scale, the company’s head of marketing for passenger vehicles business Vivek Srivatsa mentions that Tata Motors has always had sports in its DNA. Back in the day, Tata Motors founder Jamshedji Tata was a sports enthusiast and promoted football and other sports in India.

Srivatsa added, “Today, we are highly interested in sporting events and with IPL being the biggest sporting property in India, it was only natural for us to associate with the league and we want to get deeply involved.”

The brand will also see a lot of on-ground in-stadium activities which will be its core focus. Additionally, Tata Motors dealership stores will also see heavy promotions of the IPL and will run various contests for customers. A dedicated TVC campaign will be rolled out in April.