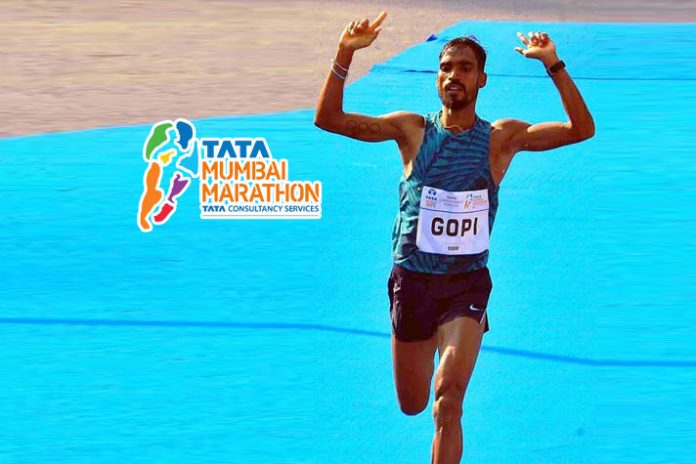 Nitendra Singh Rawat participated in South Asian Games Full Marathon, 2016 completing the race in 2:15:18 and  Airtel Delhi Half Marathon, 2017 where he is a National Record Holder 1:03:53.

Joining these champions will be Karan Singh, the Vasai Virar Marathon 2018 Winner, who clocked 2:22:17 at the Event. He was also the second runner-up at the Indira Marathon 2018 in Allahabad, with the timing of 2:22:46.

Sudha Singh has earned various laurels in running including a Silver in the 3000m steeplechase at Asian Games 2018. She also bagged the 2nd place amongst the Indian Women with the timing of 1:29:11 at the Tata Steel Kolkata 25K in 2018.

Jyoti Gawte, a winner at the Mumbai Marathon in 2017 with the timing 2:50:53 will also vie for a podium spot in the full marathon women’s category.

Maan Singh, an Indian runner who completed the Airtel Delhi Half Marathon 2018 with the timing of 1:05:49, will also be a part of the Tata Mumbai Marathon 2019.

In the women’s half marathon category, Manju Yadav and Saigeeta Naik are one of the primary contenders for a podium finish.

Manju Yadav was the winner of National Marathon 2017 in the half marathon category with a timing of 1:20:59, whereas Saigeeta completed the Vasai Virar Marathon with the timing of 1:18:55.

“We are delighted to see the small but significant part that the Mumbai Marathon has played in improving the performance of Indian athletes on home soil and also at international platforms. Over the years, our course has seen much rivalry for the top spot, and it is this spirit of competition that makes runners want to better their performance at India’s most sought after marathon,” said Vivek Singh, Jt. MD of Procam International.

There is also a course record jackpot of ₹2,00,000 for the Indian winners .