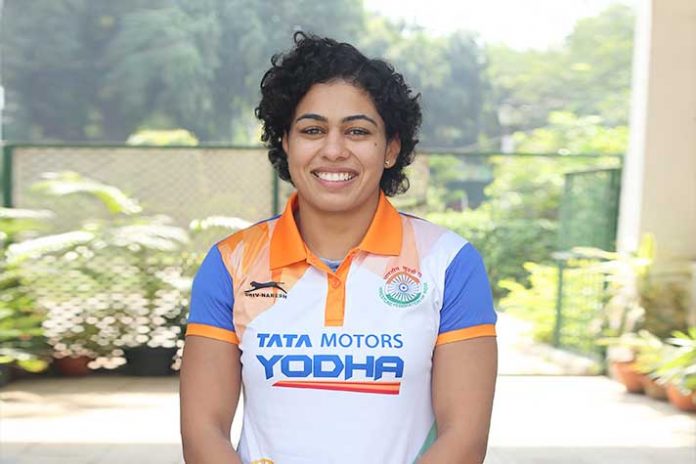 Fresh from her UWW World Championships medal-winning performance, Pooja Dhanda has switched her focus to Mission Olympics. The vision is clear and resolve to succeed in the mission stronger than ever before. There is a purpose to fuel this burning desire and confidence oozes from the new-found success in Budapest, Hungary, where Indian girls made a strong impression in challenging the mighty opponents.

In a line-up that boasted of Olympic and World Championships medallists, three Indian girls were in contention for a medal. Pooja returned with a bronze. The each of ten girls in the squad showed potential worth qualification for the 2020 Olympics in Tokyo. There were stronger contenders like Vinesh Phogat and Divya Kakran – both Asian Games medallists in Jakarta – who missed the Budapest bus due to injuries.

Indian girls are an inspired lot now. The conversations now extend to winning Olympic medals. “We are capable of that (winning at Olympics). There cannot be a bigger achievement for an athlete than her coach being commended for her performance. Having seen our performances (in World Championships), even US team management came up to our coaches not just to congratulate but to ask them about our training and look for opportunities to practice with us,” Pooja told insidesport.co form Budapest.

“Tata Motors’ (Wrestling Federation of India’s Principal Sponsors) support has played a crucial role. It is not just about the sponsorship money. You gain in confidence when a brand like Tata Motors poses faith in you. You show stronger resolve to repay that debt. You are regarded as a professional bunch,” adds Puja. “There have been Olympic medals in the past. But this recognition by Tata Motors is a big reward to the system the WFI has created. It is a professional and personalised commitment of our president Mr Brij Bhushan Sharan Singh, who got a professional partner like Sporty Solutionz in the system to create commercial value for the sport. This joint effort and recognition is a shot in the arm for the wrestling fraternity.”

A seasoned performer, Pooja has struck form after a series of surgeries and long rehabilitation process. Wrestling comes to her before anything else in life. She was not the one to get destructed even by the prospect of doing a movie alongside Aamir Khan. Stardom to her has to be real, like the pride in her performance. “More than the medal, which remains the dream of each player who gets the honour to represent her country, the confidence we will be carrying from these World Championships is more meaningful. Our entire squad has got a belief that women’s wrestling in India has gone up by several notches. We have announced our arrival at the world stage. It was a big stage and we proved that belonged to this.

“Please don’t judge our performance by this one medal. Each of the girls has been an amazing performer here (in Budapest). Each and every girl has given us the confidence that we can beat any wrestler on our day. Agar aap draw dekhenge to samne World Champions or Olympic champions the. Mat par jaate waqt hamare andar ek confidence tha ki hum bhee jeet sakate hain (The draw was full of world champions, but we were confident that even we can win). This is our best performance so far,” said Puja.

Also Read: Pooja lights up day for India at Worlds with bronze medal