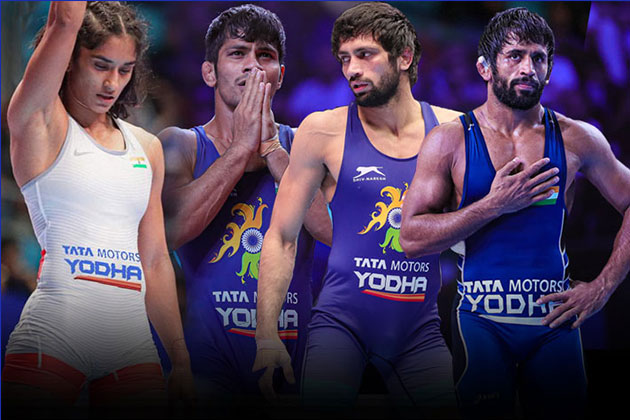 Indian wrestling in its best ever fortnight on the global map is basking in the glory of five UWW World Championship medals and seven of its athletes finding a place among top five global rankings in their respective categories.

The achievement is a testimony to the professional approach of the Wrestling Federation of India and an unparalleled support of their Principal Sponsors Tata Motors Commercial Vehicles.

This interesting dateline will reveal how one-year of meticulous approach and whole-hearted support has started giving exciting results sooner than expected. Dateline August 1, 2018: WFI’s commercial partners Sporty Solutionz brought Tata Motors on board as the Principal Sponsors of the WFI. The sponsor from Day One had the commitment to make wrestling India’s most prominent sport.

November 30, 2018: With a strong support from its premier sponsor, the WFI announced the annual retainer ship to its elite athletes. This was a first for any Olympic-sports governing body in India.

December 12, 2018: ‘Tata Motors Elite Wrestlers Development Programme’ was announced to strengthen their commitment towards Indian wrestling. There was more to come.

April 11, 2019: The WFI with able support from its Principal Sponsor announced the hiring of Coaching Staff for Olympic training. With fund in the coffers, elite wrestlers were getting more exposure trips and overseas training camps.

The results are there for everyone to see in a span of 13 months of WFI’s acute professional approach. Indian wrestling is scripting many firsts with a steady growth at the global arena. After having signed off with a national best of five medals at the 2019 UWW World Championships in Nur-Sultan, Kazakhstan, last week, Indian wrestlers made yet another mark with seven top-five positions in the latest UWW World Rankings.

Deepak Punia, the 86kg freestyle silver medallist at the World Championships, has attained his career best top ranking with 82 points as he relegated the Iranian World and Olympic champion Hassan Aliazam Yazdnicharati to the second positon.

As many as three other Indians are placed second in their respective disciplines. The biggest star of contemporary Indian wrestling, Bajrang Punia though had to settle for the  second position in the 65 kg freestyle category with 63 points after settling for a bronze at the World Championships.

“I will thank our sponsors Tata Motors and the federation for ensuring the best facilities which the top international wrestlers from major wrestling countries will get. We are getting everything an athlete will aspire for. Annual contracts give you a financial security. With Tata Motors sponsorship and Sporty Solutionz planning every wrestler got a confidence to see wrestling as a commercial sport and career option. This is like a cycle of positivity. We are getting best support. That inspires us to give the best results. Our results are inspiring the next generation. This is a complete cycle that will take the wrestling in India up higher. The process has started in right earnest,” says Deepak Punia, the World Championship silver medallist.

These considerable gains on the UWW rankings following a respectable show at the World Championships are a testimony to wrestling’s emergence among India’s fastest growing sports. 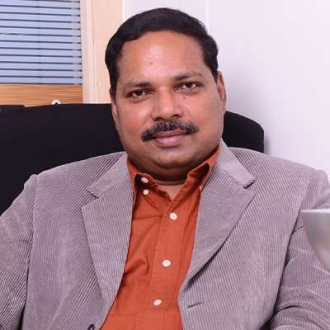 “This (achievement) further strengthens our belief in India’s deep rooted sport that is making big strides in international arena. As proud partners in this inspiring journey of Indian wrestling, Tata Motors Commercial Vehicles congratulates all our athletes for producing India’s best ever show in the World Championships and making a steady rise in the world of wrestling. Tata Motors also reiterates its commitment to promote and support wrestling at different levels,” said UT Ramprasad, Head of Marketing Communications, Tata Motors Commercial Vehicle Unit.

Wrestling Federation of India president Brij Bhushan Sharan Singh, while congratulating the athletes has attributed the growth to a professional approach in supporting the wrestlers at all levels. “The WFI has been supplementing wrestlers’ efforts and dedication with an overall professional approach right from facilities, grass roots promotion, incentives to training at the top level. Our commercial partners Sporty Solutionz and sponsors like Tata Motors have been part of this professionals eco systems that is inspiring the  athletes and bringing the best out of them,” says the WFI president.

“Bigger representation in the UWW rankings, most number of medals ever at the World Championships, emergence of new champions mark that professionalism in the entire wrestling eco-system. There are bigger plans in the offing and I can assure the wrestling fans and fraternity of better and faster progress.”

With the rise of Indian wrestlers at global arena, the fan base is also growing fast. “Growth and future of a sport cannot only be gauged by the number of medals won by its decorated athletes. It is a strong fan base that energises the athletes to become the face of the sport they play. This fan base is the right parameter for a sport to grow professionally. Indian wrestlers’ success at the global level should also be gauged from the fact that over nine million people have followed Indian wrestlers on the sport during the world wrestling championships through our exclusive digital video platform wrestlingtv.in, our digital handles on facebook, youtube, instagram and others in less than a fortnight. Fans have spent more than four million minutes for millions of video views. As the players excel on world stage, these  numbers establish that the sports is also growing organically,” says Ashish Chadha, CEO of WFI’s commercial partner company Sporty Solutionz.