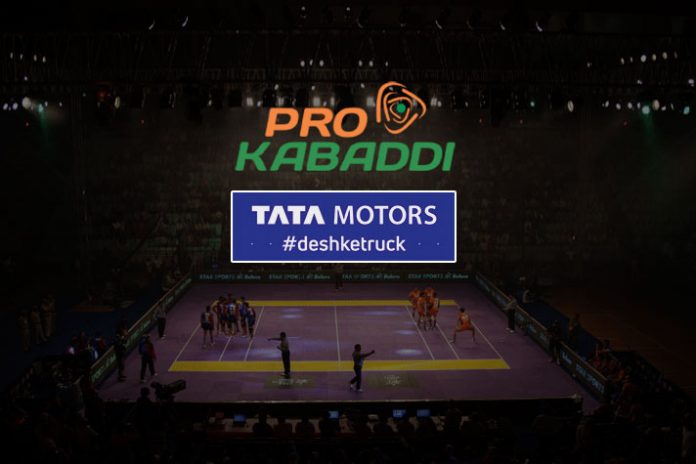 Tata Motors Commercial Vehicles have extended their commitment to India’s own sports with a sponsorship deal for the Pro Kabaddi League Season 6, set to start from Sunday, October 7.

The Uttar Pradesh Pro Kabaddi franchisee UP Yodha have Tata Motors Yodha as their title sponsors.

Pro Kabaddi League has catapulted the unheralded Indian rural sports into one of the most successful commercial stories of Indian sports. The league has succeeded to make a mark in terms of television audience, sponsorship sales, players’ salaries and in-stadia attendance.

The league had last season inked a ₹300 crore five-year title sponsorship deal with the Chinese smartphone brand Vivo. This was the highest sponsorship tie-up, except for the IPL, for a sports league in India.

The Pro Kabaddi League players auction in May has witnessed six players getting deals for rupees one crore or above with JSW group-owned Haryana Steelers making the highest ₹ 1.51 crore bid for Monu Goyat.

The league also has leading brands like Thums Up (Powered By) and Bajaj Electricals, Hero MotoCorp and Tata Motors #deshkatruck (Associate Sponsors) and RR Cable (Broadcast Sponsor) on its sponsorship roaster.