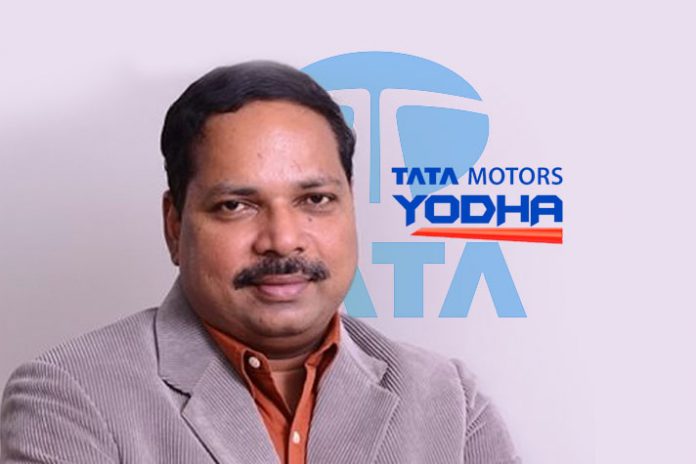 Tata Motors Commercial Vehicle Unit has committed to drive Indian wrestling through higher peaks of performance over the next three years. India’s commercial automobile major has made a three-year sponsorship commitment to the Wrestling Federation of India. Tata’s commitment to the sport goes far beyond the commercials of the deal.

Tata Motors Commercial Vehicles team is committed to make wrestling India’s most prominent sport over the three years of their association with the Wrestling Federation of India. There is vision for the overall development of wrestling and the wrestlers. In a candid conversation with Insidesport.co, UT Ramprasad, Head of Marketing Communications, Tata Motors Commercial Vehicle Unit, shared Indian automobile giant’s plans and vision for wrestling in India. Here are the excerpts:

Insidesport: What brings Tata Motors and Wrestling together?

UT Ramprasad: It is not about wrestling alone. We are also present in cricket and kabaddi. Sports are deep-rooted with mass connect for a certain kind of audience category for a certain kind of product like Tata Ace, Tata Gold and Tata Yodhas. Wrestling gives us a very relevant association for these products. That brings us close to wrestling and kabaddi. Cricket, of course, is a mass sport in India. Wrestling is also a right fit for the Tata belief.

The wrestling community, its strong base of followers are our targeted audience. We have a range of customers from Ace Gold, which is a one ton vehicle, to our heavy fleet. Then there is an ecosystem that involves drivers, mechanics, dealership, sales executives and many more people. We cater to a complex mix of audience. That’s where we look at sports as it binds us all. A Tamilian, Maharashtrian or a Delhiite, or people from different walks of life all watch sports with same passion. Sports has no language barriers. Rather, sports’ language is universal.

IS: Wrestling will be one of your key marketing assets for the next three years. What is your vision for the sport?

UT Ramprasad: We are not sponsoring any individual wrestler. We are sponsoring the Wrestling Federation of India, which is a mix of various individual players, including the top 50. Top wrestling brand icons like Sakshi Malik, Sushil Kumar or Bajrang happen to be there as the part of the federation. But, our approach is not centric to the individual icons. Rather it is a broader vision to support wrestling.

In the past few years, the least recognised sports are bringing the most medal for India. These sportspersons come from modest family background. There are many areas of improvement that need to be addressed to encourage more and more talent to come up. The vision is simple and vast – to make wrestling one of the most prominent sports from India.

IS: What value will wrestling bring on board for Tata Motors Commercial Vehicles and how do you plan to reciprocate that beyond the commercial of this partnership?

UT Ramprasad: Agility, strength, aggression, speed, the fighting spirit are the key attributes of wrestling. These attributes will associate with our vehicles – like pick-up, strength and manoeuvring. Trucks need to be strong. Which sport will represent strength better than wrestling. Yodha is also a lot about strength.

Our commitment to wrestling is not just about the top wrestlers. There are mid-level wrestlers. Then there is upcoming talent. A lot can be done for all these categories from facilitating training programmes abroad to scholarships for the kids to encourage them. Majority of these wrestlers come from modest background. So even a proper training kit can be a big boost to the budding talent. So these are the areas to be looked into. We have not gone into these in detail, but we plan to do a lot in these areas.

IS: Tata Commerical Vehicles are endorsed by Akshay Kumar. Now there will also be wrestlers on board. How the wrestlers and a Bollywood Super Star will supplement and complement each other?

UT Ramprasad: Each one of them will have a different role to play. Akshay Kumar is overall corporate brand TV ambassador. He has also got a lot of value, like Indian-ness. We encourage people from moderate background to become big businessmen. Akshay is a role model for that audience for having grown up from a middle-class Delhi background to one of the Super Stars of Indian cinema as an absolute outsider. He is also a Yodha. He is a fighter. He is someone who can gel with drivers over a cup of tea at a roadside joint, or who can address the multi-crore businessman over a cup of coffee in a five star.

Wrestlers will have a separate role. There are plans in place. That is also a corporate initiative to promote the sport.

IS: What kind of ROIs will Tata Motors Commercial Vehicle Unit will be looking at from this association with the WFI?

UT Ramprasad: ROI is not of that paramount in this tie-up. How we are going to make a difference to the sport and the people associated with it is more important. Once you make that difference, returns are bound to come. ROIs to us are a by-product of our commitment to make a difference to the sport. Our only outlook is to ensure that we have the right sporting fit and the right attribute that we need to help our product. That will be the only extent to which there will be a rigour of a check.

IS: Is there a roadmap for wrestling for your three-year association with the sport?

UT Ramprasad: The first step is to get the foundation right. The aim is to move together with an understanding that it is not just about the top six wrestlers. There are 44 others. How do we make them feel a part of the Tata Motors family is the immediate next step. What can we do for them at different levels to bring them under the Tata Motors family. There are plans to support and promote the sport at different levels, promote and encourage the players through say events like a send-off programme for the Asian Games.

IS: You are the person behind taking this partnership through. What was the first thought on the proposal to support wrestling?

UT Ramprakash: I saw a merit in it. If I sponsor a tournament just for a logo presence, there are limitations to it. I looked at it from a bigger perspective than a mere logo presence. It was about supporting wrestling as a sport, rather than an individual player or a one-off tournament. This is much bigger than supporting a national level league.

IS: Any message for wrestling fraternity?