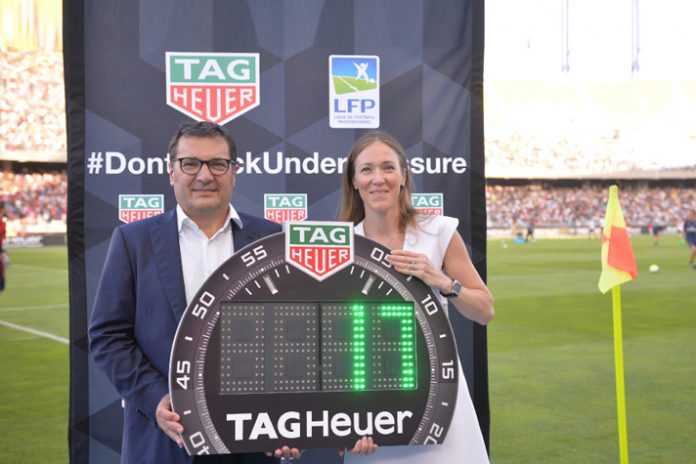 Ligue de Football Professional (LFP), the organisers Ligue 1 and other major French professional football leagues, have announced an extension of partnership with Tag Heuer for a further three years.

Under the terms of the agreement, the Swiss luxury watch manufacturer will continue to serve as the official timekeeper of the Ligue 1 and all domestic French football competitions organised by LFP until 2021.

TAG Heuer, as the Official Timekeeper and Official Watch of LFP, first signed the deal last year for the 2017-18 season as a part of its global soccer partnership strategy that kicked off in 2014.

One of the first luxury watch brands to invest in football sponsorship, TAG Heuer continues to expand the global soccer partnership strategy that kicked off in 2014.

The LFP’s deputy chief executive Didier Quillot said: “At a time when the Ligue 1 Conforama is defined as the ‘League of Talents’, the extension of this partnership demonstrates the renewed attractiveness of our championship internationally, and its ability to sustain agreements with major prestigious brands.”

TAG Heuer’s chief executive Jean-Claude Biver added: “It is an environment that offers us many opportunities in terms of visibility. We collaborate with teams, athletes and leagues. This French partnership is particularly close to my heart because it allows us to be visible in a country that is the cradle of luxury.”