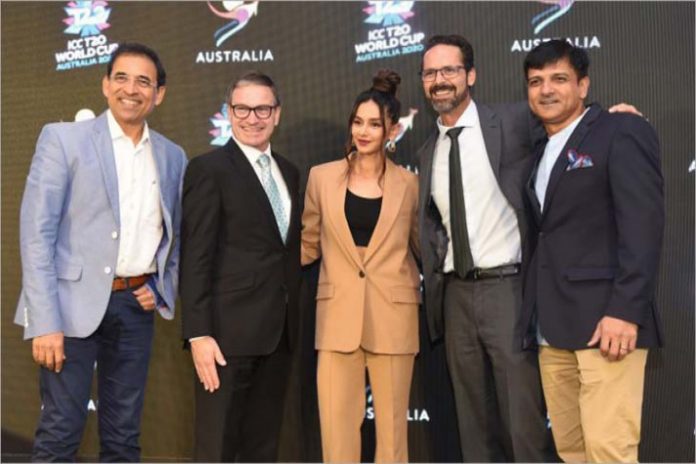 Tourism Australia will be spending Aus$9 million (₹45 crores) on its campaign to lure more Indian tourists to Australia next year for the Women’s and Men’s ICC T20 World Cup. The campaign will be aimed at encouraging Indian cricket lovers to book a ticket, pack their bags and head Down Under to experience the highs of world-class T20 cricket.

Given India is our fastest-growing tourism market and currently worth $1.8 billion to Australian tourism, the T20 World Cup provides an exciting opportunity for Australia too well and truly cash-in.”

Australian Tourism Minister, Simon Birmingham, said “Australia’s hosting of these twoT20 World Cup tournaments has the potential to deliver huge benefits for our tourism industry and the overall economy.

Tourism Australia’s regional general manager for South and South East Asia has revealed the plans of spending $9 milli0n (₹ 45 crores) on the campaign in India, being handled by

Half a million Indian visitors expected to travel to Australia during 2020-2021 will generate a potential business worth A$ 2.5 billion(₹11,000 crores).

In the run-up to the next major global event in cricket, Tourism Australia’s call to ‘Experience the game and beyond’ is targeted at passionate Indian cricket fans, offering them a combined experience of world-class cricket and unparalleled holiday experience. Following the phenomenal success of the ICC Cricket World Cup 2015, which was co-hosted by Australia and saw approximately 100,000 international visitors, this campaign is aimed at attracting a record number of visitors for the twin World Cups.

The campaign focuses on drawing synergies between India’s most loved sport and signature Australian experiences that define the legendary “Australian way of life” – food and drink, nature and wildlife, and aquatic and coastal experiences.

The trio are heard commentating on what seems at first to be a cricket match but is in fact a beautiful showcase of Australia, with the footage taking the viewer on a journey to some of our country’s most iconic destinations.

The entire campaign will run across three stages, namely, Awareness, Consideration and Booking that is eventually intended to drive visitation to Australia during 2020 and beyond. In addition to the commercial, the campaign will also leverage multiple digital mediums to amplify communications. A mix of search, display, video, social, native, programmatic and content will be a part of the digital campaign. Content partnerships with broadcast and OTT platforms will also be leveraged as part of the campaign to showcase the destination through iconic cricketers from both countries like India’s Mithali Raj and Australia’s Brett Lee. The campaign will be amplified during the Australia tour of India in 2020 and the Australian Open 2020, as well as through public relations and international media hosting programs that will see influencers from different fields have a first-hand experience of the game and beyond.

Australia’s Minister for Tourism, Senator the Hon Simon Birmingham had recently announced additional funding of A$ 5 million for Tourism Australia to promote the upcoming ICC T20 Cricket World Cup to fans in India, with the aim of driving visitation to both the women’s and men’s tournaments as well as increasing Australia’s broader destination appeal in India.

The women’s tournament will kick off on Friday 21 February when Australia take on India at Sydney Showground Stadium, with the final to be held on Sunday 8 March – International Women’s Day – at the Melbourne Cricket Ground. The women’s tournament presents an unparalleled opportunity to raise the profile of women’s sport as endorsed by ICC’s vision to set a new world record for the highest attendance at a women’s sporting fixture at the finals of the T20 World Cup on Sunday 8 March 2020, International Women’s Day.

The men’s tournament will run from 18 October to 15 November 2020, with the 45 matches expected to be broadcast to two billion people.

India is currently the fastest-growing inbound market for Tourism Australia with five consecutive years of double-digit growth. The 2020 arrivals goal of 300,000 Indian visitors was achieved in December 2017, three years ahead of the target date.