T20 World Cup: Oman wants BCCI to send Ranji teams to Oman – On Sunday, Oman will embark on a new journey when they play their only second T20 World Cup having made their debut in 2016. But this time, they will be the co-hosts after the Board of Control for Cricket in India (BCCI) requested the Oman Cricket jointly host the tournament with UAE. For an associate ICC member that does not play with big nations regularly, it will be a golden opportunity to showcase not only cricket but also the country. InsideSport caught up with Oman Cricket Chairman Pankaj Khimji and he would like the BCCI to help in develop grassroots cricket and send India A and IPL teams for preseason.

Over the last decade or so Oman have steadily developed into a semi-professional cricket nation but that none of their players are full-time cricketers and has different full-time jobs hasn’t helped. The culture of football dominates Oman.

But co-hosting T20 World Cup would be a great deal as the nation will be able to showcase not only their cricketing skill at a global platform but the exposure will also help the sport develop in the nation. Oman are clubbed with Bangladesh, Papua New Guinea and Scotland in the firs-round and will be eager to qualify for Super 12 and play against top teams.

In a free-flowing chat, Pankaj Khimji, Oman Cricket Chairman, InsideSport learnt what it means for Oman to host such a big tournament, how the ICC and BCCI have helped and what the nation would want in return to develop its cricket. Excerpts…

InsideSport: It must be a big occasion for Oman Cricket. But once the World Cup is over, the enthusiasm will die down. What is that you would want to BCCI and ICC to help with in future to keep that momentum going?

Mr Pankaj Khimji: I would love BCCI to guide me and handhold me in how I can develop the grassroots of cricket. That’s for sure. Number 2, I’d love to see whether they can send some coaches over here to develop the grassroots cricket. That is my biggest challenge — how do I get full-time coaches. Number 3, I would like BCCI to send more teams and organise triangular or quadrangular tournaments of the Ranji Trophy teams during pre-season. I would like the India U-19 team, India A team to practice or come and play here. If they can keep sending teams for their exposure, this will give my team exposure as well. 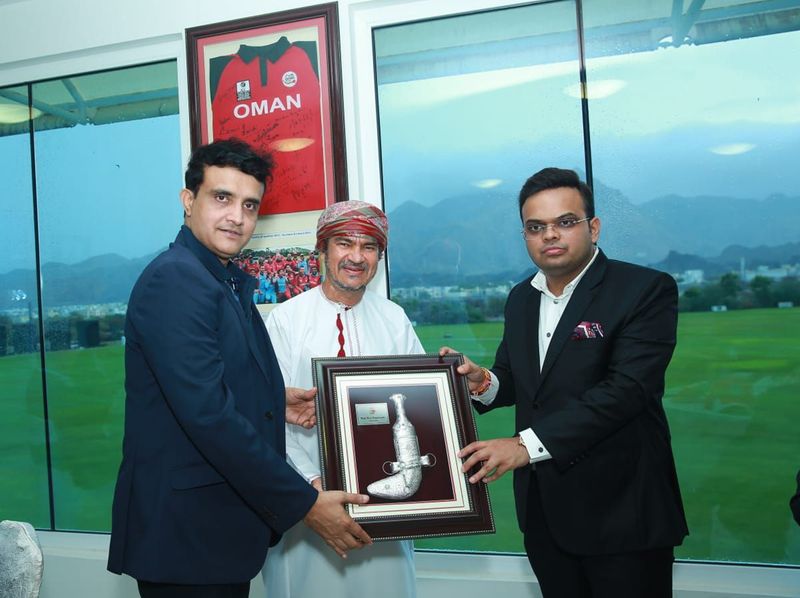 InsideSport: Since this is the first time you would be hosting a World Cup, has there been special instruction from the BCCI or ICC on how to go about it?

Mr Khimji: BCCI and ICC have been extra wonderful. They’ve deployed their teams over here, they’ve been hand-holding us at every step. It’s really been a fantastic journey so far. The last time we met them when they visited us was in July and it was fantastic. We cannot thank them enough for what they’ve done for us. I think we’re ready to host another big event after this after a little gap after we recover from the fatigue.

InsideSport: Any message from BCCI President Sourav Ganguly or Secretary Jay Shah during this association?

Mr Khimji: They have been absolutely fantastic. They have remained in constant touch with us over every aspect of the tournament. We’ve had a very cordial relationship. We’re looking forward to seeing them today when Oman plays Papua New Guinea. And they have both promised that they’re going to be here.

InsideSport: How has been the response to ticket sales so far considering football is the dominant sport in Oman? Will the stadiums be at full capacity?

Mr Khimji: We’re virtually sold out. Great. We’ve got I mean 5-10% tickets left for the odd games. As for the home team, all tickets are sold out. Every day, all four teams are playing. So you got an afternoon game or two and you got another game that’s at 6 PM. Not all four teams are playing every day. So it doesn’t matter who you support. Your team is playing every day and we have given one ticket for both the games. So the idea is that you know, people get the full big bang for their buck as they say.

InsideSport: Will the stadiums be at full capacity for all matches?

Mr Khimji: No, for every four seats, we are keeping a single seat empty. During the time of Covid, that’s the best we can do.

InsideSport: What sort of challenges did you face in hosting your first World Cup?

Mr Khimji: Now, the most amazing thing is that because of COVID most teams are travelling by charter. So, it’s very easy to handle them. They come on a charter flight, they get off a charter flight, we make arrangements for them in the airport to be screened separately from the others and the rest of the crowd. It’s very smooth, and logistically there’s enough capability over here in Oman to look out for them.

We’ve got the bus service which has maintained its biosecurity, we’ve got hotels which have been ready. And thank God because of the slowdown in the tourism economy, the hotels were able to give us the rates that were attracted to everyone. So it’s a win-win for both of us. We have been housing them in two three different four and five-star hotels. So those officials who wanted to stay in a four-star category room went four-star. We have had about 300 rooms being occupied.

InsideSport: Finally, what are your aspiration about the World Cup?