T20 World Cup: Afghan fan’s World Cup replicas – Fans make a sport better, sustainable and take it to the next level. For war-torn Afghanistan, cricket has given them a way of life and some positives to cheer for. But it has also taken some of them to the level of obsession. One of them, a daily wager from Kabul, Sharaf Naib, has done something that can only be described as wonderful and can test someone’s obsession. Naib has made replicas of the T20 World Cup and the 50-over World Cup from aluminium foil and grass respectively.

While Afghanistan aren’t amongst the contenders for the title and have always been called the dark horse especially for Rashid Khan, Naib has gifted Afghanistan Cricket Board with a special replica of T20 World Cup made of aluminium foil. 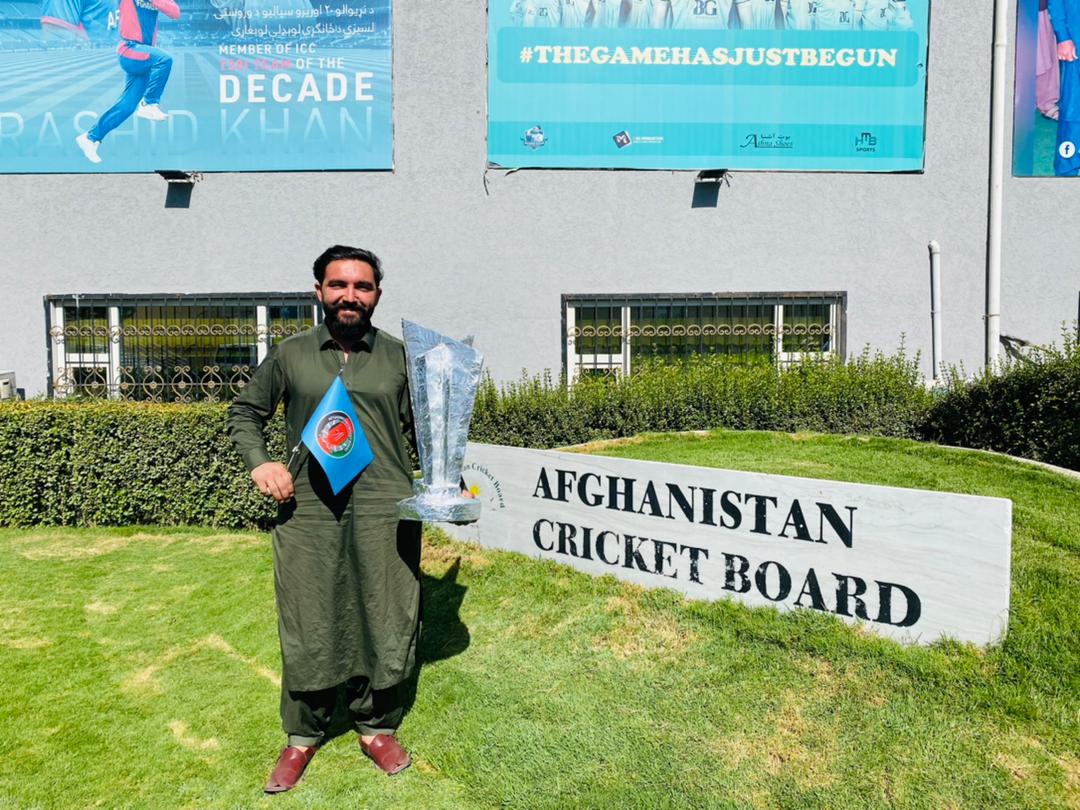 Afghanistan, the country which has always produced talents to the cricket world, as a result of the passion & love of its Nation. A young Afghan Cricket fan has yet again proved his ability on preparing a brilliant piece of @T20WorldCup statue.

“Although I am daily wage labour and my business involves hard work, I have so much love for cricket. It is because of this love and interest that I have prepared the T20 World Cup trophy statue with my own hands. I have also made ODI World Cup 2019 trophy statue. I hope one day, our national heroes will gift the World Cup to us,” Sharaf Naib said.

The fan said it is a dream to see Rashid Khan & Co lift the World Cup trophy as cricket is the only thing that gives Afghans hope of living in a war-torn country. Later, Afghanistan Cricket Board invited Naib to their national stadium in Kabul and to their office.

“It is my dream that one day our Afghan cricket heroes shine and lift the T20 World Cup. Every Afghan feels that it is only cricket that makes us happy and gives us hope to live,” Naib said.

Naib and ACB also pleaded to the ICC for continuous support in this tough time and urged the world body to invest more in cricket in the country.

“At first, I would like to thank ICC from the core of my heart for having always valued Afghanistan as a cricket-loving nation. I hope ICC would be more supportive of the development of cricket and invest more in Afghanistan,” Naib said.