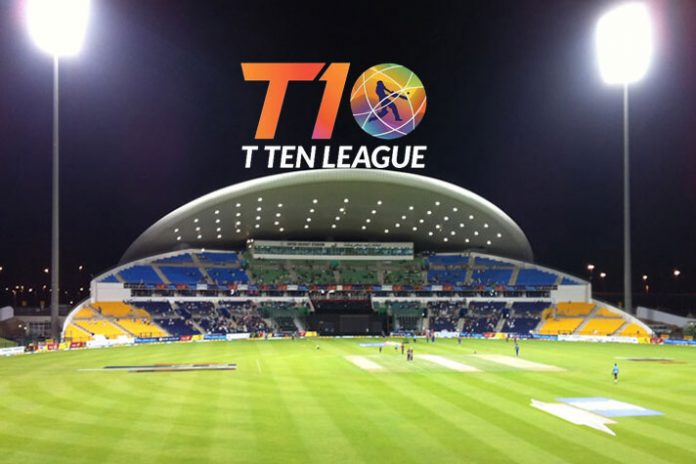 The T10 League will relocate to Abu Dhabi next season, with all matches to be played exclusively in the capital of the United Arab Emirates for the next five years. The 10-over competition has quickly proved a popular addition to the UAE sporting landscape after it debuted in Sharjah in December 2017. According to the organizers, two of the four nights of that opening season were sold out, while 2018’s second campaign culminated with a final that saw thousands of supporters locked out after Sharjah Stadium reached its capacity.

Now a deal has been agreed to switch the competition to Zayed Cricket Stadium, with it being rebranded as the Abu Dhabi T10 League. “When it started off, the first four days was a proof of concept, a trial,” Shaji Ul Mulk, T10’s creator and the league’s chairman, said. “Last year was a real test of a full event. Sharjah was also strategic because in the first two years we wanted to make sure we had sell-out crowds. “Sharjah, being inside the city, it is easier to attract the crowds. It had the result that, in both the years, for the final there were 8,000 to 10,000 people outside the stadium. So in both the years we achieved what we went for. “Now, we believe the property is well placed to move to a bigger venue. “Irrespective of the Abu Dhabi bid, we wanted to [host matches] in multiple venues. Initially the plan was for Sharjah, Dubai and Abu Dhabi this year. “But then, once the Abu Dhabi deal came in, then, of course, it became exclusive to Abu Dhabi.”

The third season of the competition will start on October 23. Matt Boucher, the acting chief executive of Abu Dhabi Cricket, said the decision to go into partnership with the T10 League was driven in part by the increasing possibility of major international cricket returning to Pakistan. Zayed Cricket Stadium staged its first Pakistan Super League fixtures this season, yet the Pakistan Cricket Board are moving to host the entirety of the competition back at home next year.

“As we have seen, PSL have just successfully staged eight games in Karachi right now,” Boucher said. “The future of us being a bilateral home is not one, in the long term, we can be completely confident in. So having our own event, with Shaji, is exactly where we want to be. “I think [T10] is one of the most exciting, innovative products in world cricket.“We have said for two years now that we are after securing more international cricket at Zayed Cricket Stadium, for the Sports Council, and for the Department of Culture and Tourism [DCT]. “I think it is the perfect public-private partnership. We have a really a strong owner of a league, a very good concept, a concept that can be packaged up for three- or four-day tourism weekends, which is important.”

The deal has also been driven by the Abu Dhabi Sports Council and the DCT Abu Dhabi, who hope the event could become a destination for Diwali festival holiday-makers from India.