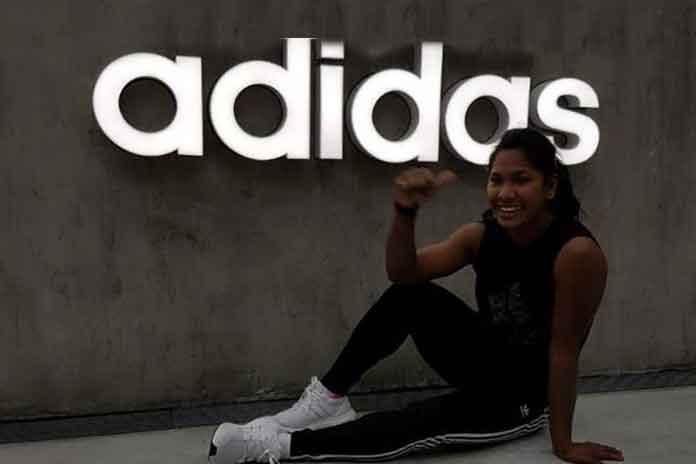 The German brand fulfilling its commitment to provide customised shoes to the athlete with 12 toes, has taken Sapna Barman to the Athlete Services Lab at its headquarter in Germany for a detailed footwear analysis.

adidas is aiming to catalyse a change both on and off the sporting track for India’s talented youth through its belief, “Through Sport, We Have the Power To Change Lives”. Many of the brand’s associations in the recent past have been focused on empowering youth in India and making a positive change. As a leading sports brand, adidas understands the need to encourage youngsters towards sports, so that, there is absolutely nothing that limits aspirants from achieving their dreams, stated an adidas Press release.

Swapna recently visited the adidas Athlete Services lab in Herzogenaurach, Germany, where a detailed footwear analysis was carried out. The customised footwear made especially for Swapna after this analysis means she will no longer have to squeeze her 6 toes into shoes made for 5 toes.

On Swapna’s return, Sean Van Wyk, Senior Marketing Director, adidas India while interacting with media said, “At adidas we believe that ‘through sport, we have the power to change lives’ and Swapna is a great example of this. We are extremely happy to welcome Swapna into the adidas family. On this journey with her, we shall, together, inspire today’s youth to take to sports and create a positive change in and around their lives.”

Sean also added “We salute her spirit and what she has achieved despite the challenges. We would like to help her in her journey by providing the best products tailored to her needs that shall enable her to maximize her potential. The customised solutions for Swapna have been crafted keeping in mind size, pressure points and cushioning requirements to provide her the perfect fit, comfort, and traction. This is just a step to reiterate our brand’s obsession to provide athletes, teams and consumers with only the best products, services and experiences” 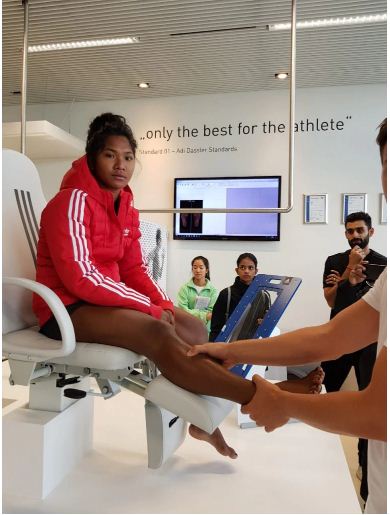 Speaking about her association with adidas, Swapna Burman said: “It’s an honour for any sportsperson to be associated with the adidas family. I realized my dream of winning a gold medal for India, now I am preparing to fulfil my next dream of winning an Olympic Gold for India. I am looking forward to train and compete in my new footwear and with the continued support from adidas I am sure I shall continue improving as an athlete.”

Commenting on the association, Namrata Parekh, Co-founder and Director of Meraki Sport and Entertainment, the company which manages Swapna said, “we have been working with Swapna since 2017 and we are delighted to have a brand like adidas coming forward to support her for her footwear and other performance requirements. We’d like to thank her coach, Mr. Sarkar, GoSports Foundation and Sports Authority of India for all their help and guidance in making this happen.”

Swapna Burman came into the limelight when she became the first Indian Heptathlete to win an Asian Games Gold at the 2018 Asian Games in Indonesia. Not only did her spectacular win get everybody’s attention but so did her 12 toes (6 on each foot), which in spite of being a challenge, weren’t able to diminish her spirits. Swapna won admiration and accolades for battling physical discomfort and pain to create history.

Over the last 2 months, adidas has worked extensively with authorities in India and their own Athlete Services lab at the headquarters in Germany to seek a solution for Swapna. The brand has decided to support her by designing customized high-performance footwear and shall be providing her with seven unique pairs, one each for the seven different events of Heptathlon.

Recently, adidas signed sprint sensation Hima Das, to support her in her journey towards becoming the best sprinter in the world. In addition, the brand partnered with Real Kashmir, the first team from Kashmir to ever qualify for I-League. Both these stories along with that of Swapna show the power of sports to positively change lives. Indian athletes such as Rohit Sharma, Kuldeep Yadav, Rishabh Pant, Dipika Pallikal, Zeel Desai, Nikhat Zareen, Siddhanth Banthia, Manjot Kalra, along with international athletes like Lionel Messi, Paul Pogba, Naomi Osaka, Caroline Wozniacki, Wayde van Niekerk and Gladys Cherono among others wear the 3-Stripes with pride.