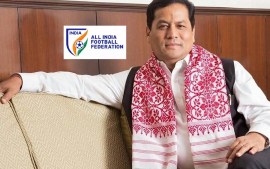 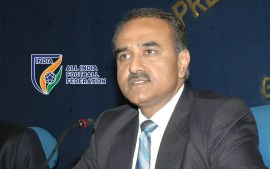 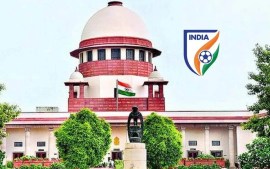 AIFF vs FIFA: Centre moves SC for modification of order on elections… 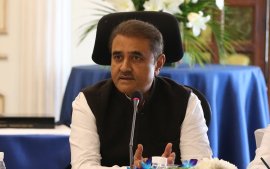 The All India Football Federation respects the decision of the Honourable Supreme Court. We await the full order to be in a better position to assess the next steps.
#ForwardTogether

The trio has also been tasked with the important duty of conducting the AIFF elections. The election has been long-awaited with Patel set to leave his post as the head of AIFF after having served his three terms. 12 years is the maximum period of time which a person can hold the post of President for the AIFF. With Patel having served his stipulated time, he is expected to vacate his post.

The election was supposed to take place in December of 2020 but failed to take place after AIFF filed a petition in the Supreme Court to clarify the status of the constitution of AIFF. To keep at par with the sports code, the Supreme court appointed SY Queresh and Bhaskar Ganguly to form the constitution. The two-membered panel submitted their report in January of 2020.

Over the period of the last 2 years, the AIFF has clarified that they are not in any position to conduct the election as the finalization of the constitution has not taken place. AIFF has alleged that not a single hearing has been undertaken by the Supreme Court thereby leading to Praful Patel being unable to vacate his position.

The AIFF President will no longer be in charge of Indian football. 👀🤯#AIFF #IndianFootball #Breaking #FootballNews pic.twitter.com/HgBLjnFGQi

The top court said the committee will see day-to-day affairs of the AIFF, after noting that the current state of affairs is not in the interest of proper governance of the federation. Advocate Samar Bansal represented the CoA, which earlier comprised Qureshi and Ganguly, before the top court. The top court directed the CoA to forthwith take charge of the AIFF.

The bench said the CoA will prepare electoral rolls to conduct the elections to the executive committee of AIFF, in accordance with the constitution which was submitted by the two-member committee (ombudsman) comprising Qureshi and Ganguly. The bench made it clear that the CoA could seek assistance of the erstwhile committee of the federation for holding of tournaments and selection of players and other affairs of the federation.

The top court emphasized that this is pro-tem arrangement to facilitate elections and also handing day-to-day governance of the federation to the democratically elected body, as per the constitution. The apex court on May 12, agreed to examine a plea of the Delhi Football Club alleging the illegal continuation of a committee and Praful Patel as president of AIFF for over a decade.

Earlier, the sports ministry had informed the top court that AIFF president Patel has no mandate to run the sport body, as he has served his three terms as president and the national body should hold elections without further delay. The ministry’s reply came in connection with the special leave petition (SLP) in which lawyer Rahul Mehra is one of the
respondents along with the Union of India.