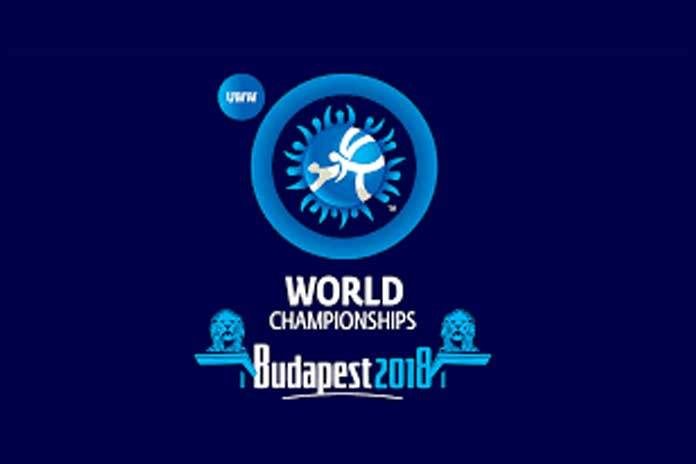 New Delhi, October 21: India’s Sumit Malik, after having put up a strong fight, failed to make it to the 125 kg Freestyle final in the World Wrestling Championships on the opening day of the competition in Budapest (Hungary) when his Chinese opponent Zhiwei Deng won 5-0 by decision at the Papp László Sportaréna arena, late on Saturday night.

However, the Indian will get a chance to have a shot at the bronze medal tonight, where he will meet the winner of the repechage bout between Amarveer Dhesi of Canada and Nicholas Edward Gwiazdowski of USA.

The technically superior Chinese, who had earlier knocked off the top-seeded and 2017 World Championship Bronze medalist, American 5-4 in a close quarterfinal bout, was steady and cautious taking a 3-0 lead in the first period and followed it up with another takedown which fetched him two points in the concluding period.

“The opponent was heavier and much stronger compared to Sumit and he gave away two crucial points in passivity and the next one on zone to clearly create a margin which cost us the match in the last round,” said men’s coach, Jagvinder Singh from Hungary over the phone after the semifinal bout.

“Sumit is now studying the videos of both the opponents in the repechage either of whom, he will face in the bronze medal contest,” added the Men’s Chief Coach. Earlier, Sumit had beaten Kazakhstan’s Yermukambet Inkar 6-1 to win on points to enter the semifinals.

Youngster and promising grappler, Sonba Tanaji Gongane despite losing to eventual finalist in 61 kg category; Russian wonderkid- Gadzimurad Rashidov in the quarterfinals, entered the repechage round where he will take on Magnolia’s Tuvshintugla Tumenbileg on Sunday.

Rashidov, who won his bout against the Indian by technical fall, scoring 12-0, outclassed Georgian and 2018 European Silver medalist, Beka Lomtadze 10-0 in the semifinals.

Participating in his first World Championship, Sonba said he would give his best shot at the repechage bout. “I had fought well until the quarters. But am fortunate that I have yet another shot at the medal and I will go all out,” said the confident grappler after his bout from Budapest.

Sonba had an easy first round, beating Nauru’s Lowe Bingham by technical fall (10-0) after leading 4-0 at the end of the first period. In the second round, taking on Belarusian Andrei Bekreneu, the Indian grappler went 3-1 up and after the 30-second break returned to the mat to outscore his hapless opponent.

But in the quarterfinals, he was a mere spectator to his Russian rival who, opening his account with a step-out point, went from strength to strength, leading 4-0 before the break. With a nice takedown, coupled with a body lock and a head-pinch midway through the second period for six points, he added two more with a leg clench to drive the final nail on the coffin with 10 seconds for time.

However, both Jitender in 74 kg class and Pawan Kumar in 86 kg category went down in their first round qualification bouts. Jitinter lost to Akhsarbek Gulaev of Slovakia 5-3 while Pawan 0-6 to Mraz Dzhafarian of Ukraine.

On Sunday, the second day of the Championship, Bajrang Punia (65 kg) enters the arena and the will be keen to make an impression at the elite world event. The only Indian to be seeded at No. 3, he is just behind Turkey’s Selahattin Kilicsallayan, the top seed, and second-seeded Ilias Bekbulatov from Russia. Azerbaijan’s Haji Aliyev is fourth behind Punia.

Along with the Asian Games and CWG gold medal winner, the other three Indians in fray will be Sandeep Tomar (57 kg), Sachin Rathi 79 kg) and Deepak (92 kg).