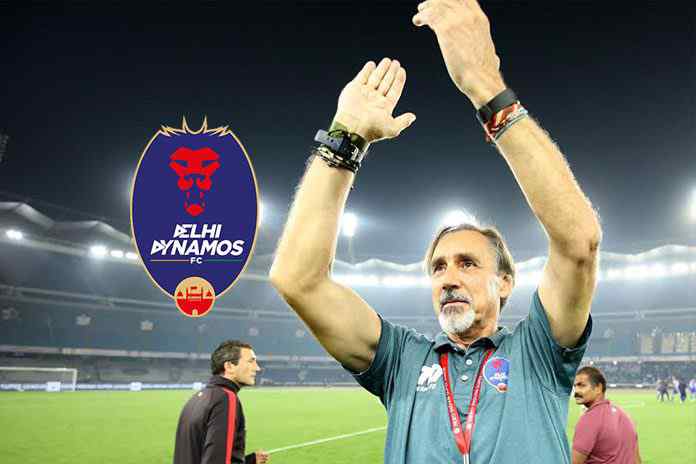 Delhi Dynamos wish to announce that the club has today (Wednesday) parted ways with Head Coach Miguel Angel Portugal by mutual consent, the club stated in a Press release.

Both the club and Portugal agreed that the results overall were not up to the mark this season. The club finished 8th in the Indian Super League standings and were beaten in the qualifying rounds of the inaugural Hero Super Cup and it was in the best interest of the two parties to go their separate ways, stated the release.

“I had a very memorable time here in Delhi Dynamos and in the ISL. The Club showed great belief in my abilities this season and even though we didn’t win the trophy, the fans were happy with the way we played football and that makes me happy. I am thankful to all the supporters who showed such love for me and the whole staff the entire season,” Coach Portugal said in his parting statement.

Portugal leaves the club in good terms and we would like to wish him luck for his future endeavours. The club meanwhile would like to assure its supporters that they have started their search for a new head coach. All at Delhi Dynamos are thankful to Portugal for his immense contribution to the club, the release added.

Despite a slow start to the ISL Season 4, Portugal had rallied back his troops after the turn of the year as the Lions went unbeaten in 8 out of the 11 matches played in 2018. His side was well praised for their style of football and were arguably one of the more attractive side’s in the league this season. Under the Spaniard, Dynamos were the fourth highest scorers in the tournament.

Delhi Dynamos Football Club (Reserves) are also struggling in the Hero 2nd Division League 2017-18, where they are placed in the second last position in the six-team Group A. In their last match, Delhi Dynamos were beaten 1-2 by the Capital-based Hindustan Football Club.