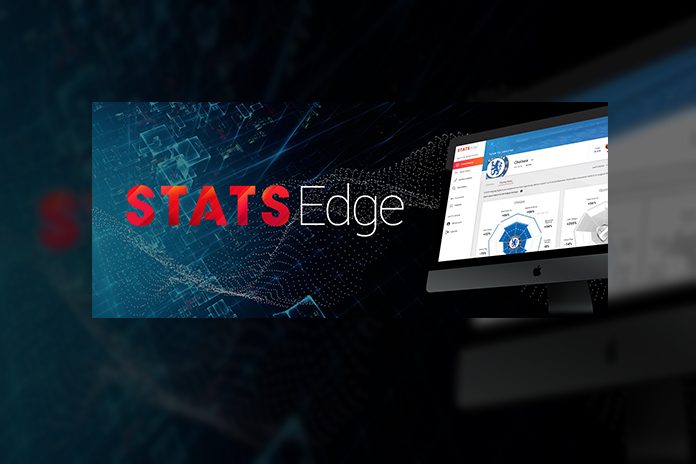 The worldwide leader in sports data and intelligence, STATS has announced the delivery of STATS Edge, a revolutionary AI-assistive tool delivering intelligent insights to football clubs around the world.

Using the latest in AI and machine learning, STATS Edge can objectively analyse a team’s performance, compare playing styles, conduct game-changing set play analysis, and more, while linking analysis with video at the touch of a button to vastly accelerate the match preparation process, STATS has stated in a Press release.

STATS Edge is configured to find key insights for an upcoming opponent based on recent competition or over the entire season by using AI-generated metrics proven to be indicative of winning, making it the most comprehensive tool for game preparation available today.

“When in-season, coaches and analysts have a limited amount of time to prepare for their next match, yet they are met with an overwhelming amount of data and video to digest,” said Carl Mergele, Chief Executive Officer at STATS. “With STATS Edge, teams and analysts can quickly navigate through complex team performance and playing style analysis to develop winning strategies that are backed by video evidence. The only way to create a tool of this magnitude is to have an enormous amount of accurate data, which we have, and through the implementation of complex AI and machine learning, and we have the best AI team in the industry.”

STATS’ award-winning AI team continues to pace the industry with eight PhDs publishing 16 papers and submitting nine patent applications since 2016. The team has been recognised at the MIT Sloan Sports Analytics Conference as the 2016 best research paper winner and runner-up in 2017 and 2018. The AI team’s success is credited to the complex models they create using STATS data, which has been recognised as the most comprehensive and most accurate in the industry. A recent Northwestern University study found that STATS reported 99.6 percent of Premier League events, surpassing their top European competitor (85.1 percent) by hundreds of events over the course of 90 minutes.

“Using the massive amounts of historical data STATS has collected, our team has created AI-driven models for understanding football as a whole,” said Dr. Patrick Lucey, Vice President of AI at STATS. “On average, it takes backroom analysts 25 hours over the course of three days using video from five previous matches to find insights on an opponent and develop winning strategies. With Edge, coaches and analysts get all of that at the click of a button, giving them more time to focus on perfecting their approach to the next match. This is truly the future of football globally.”

STATS, the global leader in sports intelligence, operating at the intersection of sports and technology, combines the industry’s fastest and most accurate data platform with video analysis, sports content and research, player tracking, and the latest in artificial intelligence (AI) and machine learning to provide unparalleled media and team performance solutions. The pioneer of live sports data, STATS continues to speed innovation in the industry with STATS Edge, the first-ever team performance solution powered by AI.