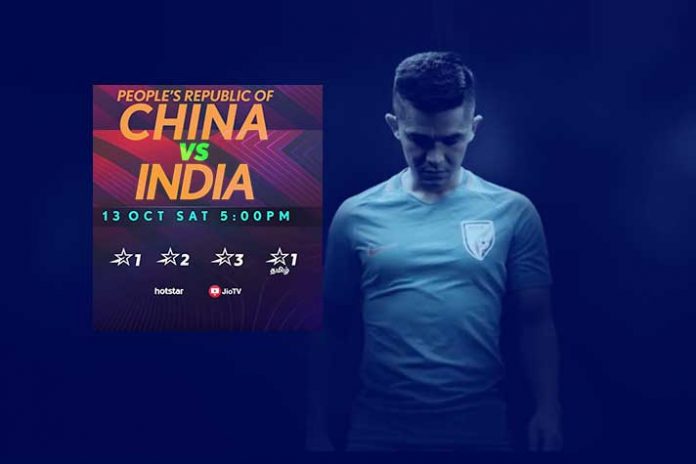 This is the first time the Indian team will play against China and the game as rightly termed by coach Stephen Constantine is “much more than friendly” as it serves as a perfect warm-up for the national team ahead of AFC Asian Cup 2019.

The broadcaster, in a promotional video released a on its social media platforms, is promoting the match as “there’s no such thing as a friendly when the aim is to reach newer heights of footballing glory! ”.

China are ranked 21 places higher than India’s current best ever international ranking at 97.

The Sunil Chhetri-led team under the guidance of head coach Stephen Constantine had enjoyed a 13-match unbeaten, run which was interrupted by Kyrgyzstan earlier this year. This was followed by a wonderful outing in the SAFF Cup campaign where the team finished as runners-up.

Star will broadcast the match in English, Hindi and Tamil across the Star Sports network channels and OTT platforms Hotstar and Jio TV.