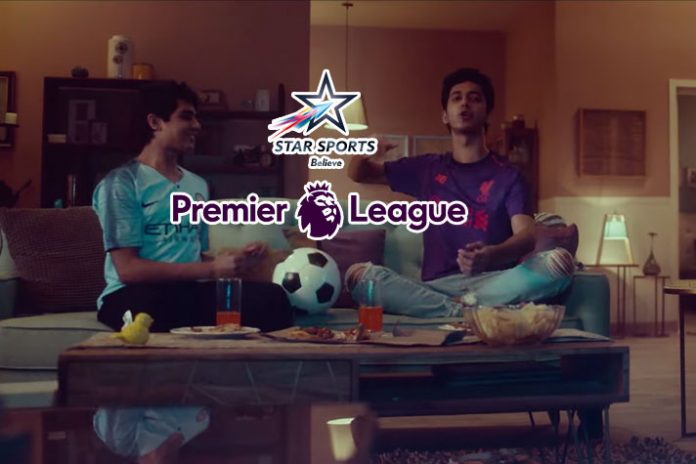 Star Sports in its latest promotional video has banked on the growing fan base of the Premier League in India.

The context for the film is a typical interaction between siblings where there is a bit of playful banter and one-upmanship. The recent campaign by Star Sports shows a young girl who gradually falls in love with the Premier League as she keeps seeing her brother watch it and wear his emotions on his sleeve for his favorite Premier League club. This slice of life portrayal is inspired by numerous stories of siblings and friends as to how they came to fall in love with their favorite club.

‘Star Sports Select FC’ experiences have also brought fans closer to the game by giving them an incredible experience of celebrating the beautiful game and growing a fanbase of the Premier League in India. The campaign mirrors the emotions shown by fans of the Premier League who come to celebrate their teams in huge numbers at cafés, restaurants, and bars at screenings of important matches and historic football rivalries.

By far, the most talked about and watched football league, The Premier League has been seeing a fair increase in the number of new fans in India which could be attributed to the expectation of a highly competitive season. Another key factor that has drawn new fans to the sport is that big games featuring the top teams have been scheduled very early on in the season. This gives fans the opportunity to be a part of rivalries while supporting their favorite clubs for bragging rights throughout the season.

Read: ‘Pink ball Test’ to be a festive week on Star Sports Bangla

The fans of the Premier League in India display a great deal of passion which often pushes them on the edge about the whole craze into full-fledged followers of the League. Matchdays in the Premier League find fans across the world including India glued to any screen hoping for a win that gets them bragging rights amongst friends and the football community.

This campaign is conceptualized and created by the in-house team of Star Sports.