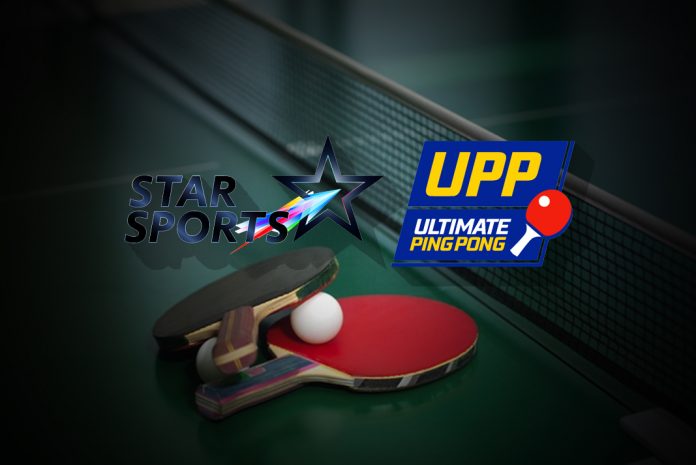 STAR Sports will broadcast the upcoming ULTIMATE PING PONG – the Indian Table Tennis League. This will the fifth edition to STAR’s bouquet of Indian Leagues. Pro Kabaddi League – owned by the Star Sports’ subsidiary Mashal Sports, the Badminton League, the Hockey India League and the Indian Soccer League are the other four.

UPP, the TT League, will also be streamed live on STAR Sports digital platform Hotstar. The 18-day league is scheduled from 13-30 July, 2017. The league, conceived by the eight-time Indian national TT champion Kamlesh Mehta, is owned by 11 Even Sports. Mehta is a director in the company.

The six-team franchisee-based league will be played in Delhi, Mumbai and Chennai. Each team will have eight players – four men and women with two foreign players in each category.

STAR Sports has neither confirmed nor denied it. “As company policy we don’t comment on any speculative news,” was the brief response from the broadcaster to a questionnaire from InsideSport.

Even though India is devoid of national icons in the sport, Table Tennis has been a popular television sports globally with a 500 million worldwide TV audience. Youtube has recorded over 7 million TT viewers in 231 countries. TT, actively played in 222 countries, is the largest Olympic sport in terms of mass participation. It is also the most popular indoor sport globally.

Kabaddi on STAR has proved that there is a market for every sport if built up properly. Star Sports has elevated kabaddi to the heights where it has become second only to cricket.

However, kabaddi as a sport belongs to STAR and broadcaster has made unprecedented investments to build the property. Eleven Even Sport can certainly take a cue from STAR to create a commercial market for TT.