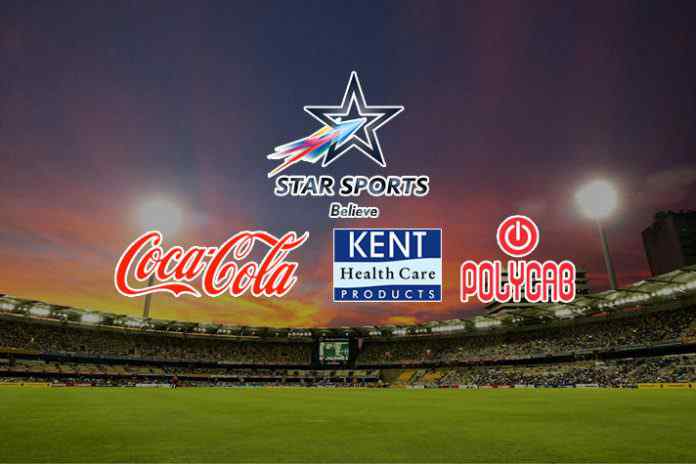 Insidesport.co has reported yesterday that Coca-Cola has reached an understanding with Star Sports for Indian Premier League broadcast sponsorship. The deal has been confirmed by the IPL host broadcaster along with ten other brands.

Vivo and Kent RO deals are weaved in by one of country’s biggest media buyers on spots, Alliance Advertising Private Limited.

Arshad Shawl, Director and Co-founder of Alliance Advertising, told insidesport.co that “Alliance Advertising has been associated with the IPL consistently for the past 10 seasons. Our brands have gained immense mileage and traction among the youth in India. It is a unique format that has not developed fatigue in viewership and has grown consistently year on year to reach 700 million viewership.

“A high profile property like IPL is a natural fit for the brands catering to youth and at leadership positions,” adds Arshad.

Star India in an aggressive sales pitch for IPL had combined the inventory for live broadcast in six languages on 12 network channels and its VoD platform Hotstar. The 21st Century Fox-owned broadcaster until last year had only the IPL streaming rights for Hotstar, while Sony Pictures Network was the host broadcaster for all the previous 10 seasons.

Star’s combined digital and television pitch has been valued up to 100% more over the last year’s price tag for the IPL broadcast inventory.

Sony last year had sold the sponsorship packages for live broadcast. However, Star’s pitch for IPL 2018 also includes inventory for digital platform Hotstar. The broadcaster has not allowed individual sponsorship pitches for different platforms. Sponsors this year will have an added advantage on Hotstar as the league will be simulcast on the digital platform, which until last year has been streaming as delayed feed.

“Star has generated a decent premium over the last year for its combined sales pitch for more than ten channels, six languages, and Hotstar,” says an ad sales veteran. “The broadcaster’s exceptionally high GRP plan for its national and regional networks has attracted the advertisers”.

Insidesport.co on December 20 had reported how Star Sports has “REIMAGINED” the IPL broadcast for an overall new experience for its viewers. 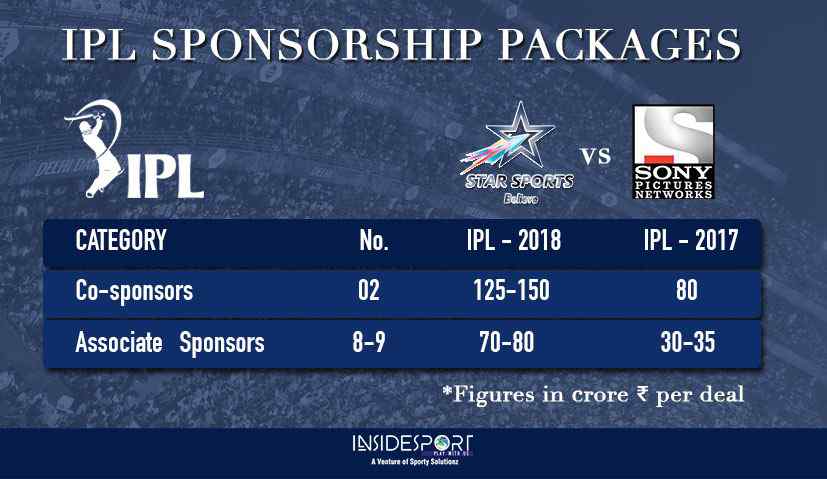 All the sponsorship slots have reportedly been booked. Insidesport.co was the first to report the Star Sports-Polycab deal in the associate sponsor category.

Insidesport.co on Wednesday in an article about the BCCI IPL sponsorship response has also reported about Coke and Star Sports reaching an understanding for IPL broadcast sponsorship.

IPL 10 broadcaster Sony had garnered ₹ 1,300 crores from the league sponsorships, while the Star-owned Hotstar had sold advertisement inventory worth ₹140 crores. Star this year is expecting ₹2,000 crore from the combined television and digital sales.

Star Sports in its lucrative pitch has assured the sponsors of a 5 TVR as against 4.1 recorded by the incumbent Sony last year. For live streaming on Hotstar, the broadcaster has pitched a targeted growth of 65% – from 110 million last year to 180 million. On the days having two ties, an early start to the second game to capture prime-time eyeballs is among the other attractions for the sponsors from the broadcaster.