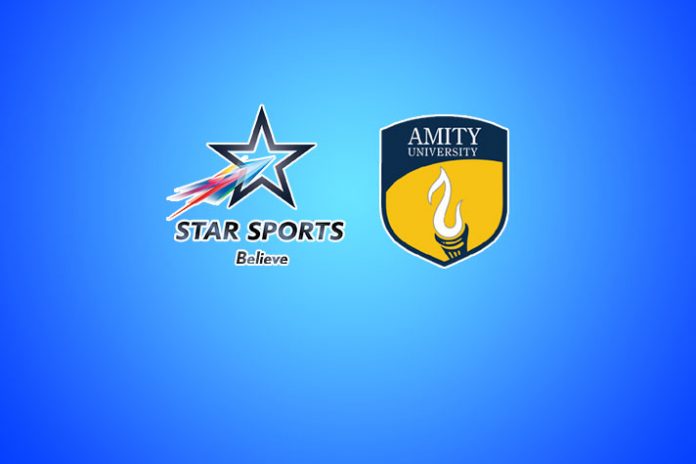 Star Sports has signed Amity University as presenting partner for the ‘Action Replay’ packages. However, the broadcaster is yet to close the sponsorship deals for the Super 4, Super Six and Fall of Wickets packages.

Insidesport.co has reliably learnt that Amity has inked the deal for 50% of the ‘Action Replay’ inventory. The deal is closed between ₹10 crore and ₹ 11 crore. Star Sports has priced the ‘Action Replay’ package at ₹23 crore. The closure for the remaining 50% is still awaited even as the Star sales team has several interests in hand. The broadcaster, targeting ₹2,000 crore from IPL sponsorship sales, is reportedly not compromising on the price tag beyond a point.

“Mid-show properties traditionally give good returns to the brands. However, considering the high values of IPL media rights, Star Sports has considerably raised the price tag for these properties. Still, there is a significant interest among the brands. The most of top properties are already sold out. The other brands are delaying closures to enhance their bargaining power,” a leading media buyer told insidesport.co. “Brands are keen to capitalize on the property like IPL. But they are avoiding not to rush for closures. This is a thumb rule for the sponsorship market if you are able to buy time your negotiation power will increase.”

Even as Star Sports has closed about three dozen broadcast sponsors for the IPL 2017, contracts for a chunk of inventories are yet to be signed on dotted lines. These include Super 6s, Super 4s, and Fall of Wickets packages for the mid-innings and post-match studio shows.