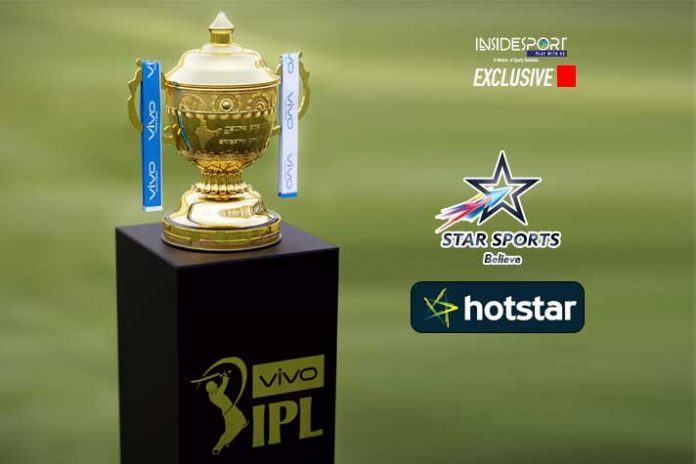 Star India is eyeing an astronomical ₹ 3,300 crore from the combined television and digital advertisement and sponsorship sales for the Indian Premier League 2020.

The response is overwhelming and the IPL host broadcaster is well on course to achieve the target, a Star Sports source has told InsideSport.co. “With still around two months to go for the league, we have already sold around 75% of our inventory,” the source confirmed.

The Indian Premier League host broadcaster had signed four ‘Co-Presenting Partner’ and 14 Associate Sponsor category deals for the IPL broadcast last year. “We are well on course to match these numbers at a higher price,” the source has confirmed.

Dream 11, Byju’s, Vivo, PhonePe, Asian Paints will be continuing their association with the league. The new signees include digital accounting provider Khatabook and Amazon.

The sponsorship sales for IPL franchisees too have been unprecedented this season as the teams have closed most of their inventories. All the eight teams have signed title sponsorship deals and there remains precious little for brands in terms of team sponsorships and on ground inventories.

IPL 2020 is scheduled from March 29 to May 24. The opener between the defending champions Mumbai Indians last year’s other finalists Chennai Super Kings will reportedly be played at the Wankhede Stadium in Mumbai, which will also be hosting the final.

However, a formal match schedule has not been announced as of now.