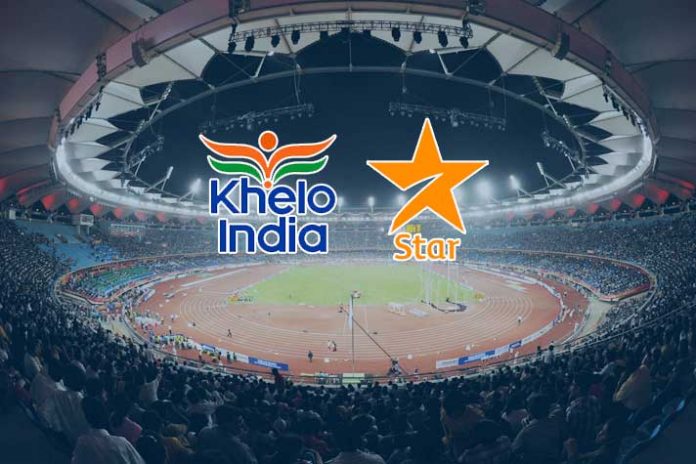 Star India will spend Rs 50 crore on the broadcast of the forthcoming Khelo India Games.

The Ministry of Youth Affairs and Sports has confirmed in an official statement that Star India has acquired the Khelo India broadcast rights till 2022 for an undisclosed sum. However, insidesport.co has reliably learned that Star India has made an annual commitment of Rs 20 crore towards the broadcast rights. The broadcaster will spend a further Rs 30 crore on television production and marketing.

“After careful deliberation and following a transparent bidding process, we are delighted to announce that Khelo India School Games 2018 will be partnering with Star Sports for the broadcast of the event. It will be the first time that school games will be broadcast live simultaneously on TV and digital platform,” Minister of State for Youth Affairs and Sports (Independent Charge) Rajyavardhan Rathore has stated in an official statement.

Insidesport.co was the first to report in November last year that Star India will be the official broadcast partner for the Khelo India Games.

“Khelo India is not just a financial commitment. Star doesn’t partner with any event half-heartedly. We will convert these game into a television spectacle like any other programme on our broadcast network. You will get to see tremendous value addition to the on-air presentation. We are committed to make these games a good television property,” a senior professional in the Star Sports production team told insidesport.co.

“Star Sports and Hotstar, with their vision of fostering a comprehensive, multi-sports ecosystem in India will be our ideal broadcast partners to help us realize the dream of transforming India into a global sporting powerhouse in the coming years,” Rathore added.

Khelo India School Games 2018 is the marquee event of the Ministry, under revamped Khelo India programme. The games are being organized for the under-17 group (boys and girls) from January 31, 2018, in 16 different sports disciplines.

The event is expected to host around 6,000 athletes and officials in its first edition.

Sports Authority of India has also floated an RFP for an event partner for Khelo India. December 26, 2017, was the last date for submission of bids. The MYAS is expected to release event partner’s name by Friday.