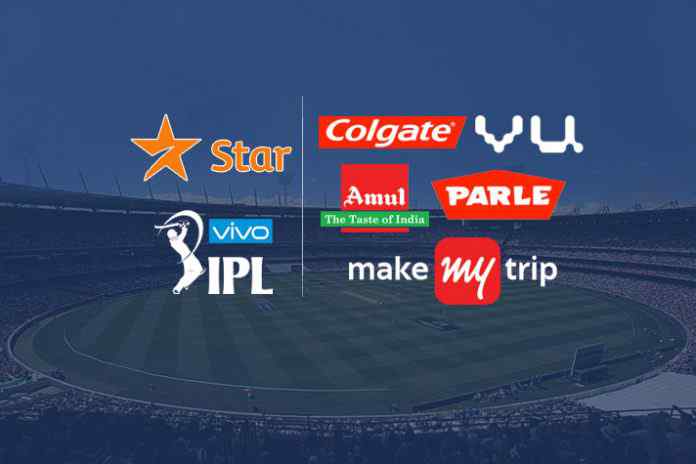 Star India is keeping the Indian Premier League inventory sales scorecard running in a T20 manner. Within a week of the reports of the IPL host broadcaster completing an 11 of broadcast sponsors, Star India has managed to extend the count to 16.

“We are delighted to announce our second set of brands that include MakeMyTrip, Amul, Colgate, Parle Products and Vu Television taking the total tally to 16 brands signed on for the Vivo IPL 2018. Combining the power of television, digital and new-age technology, Star India promises to transform the VIVO IPL 2018 into perhaps the most immersive cricket viewing experience the fans have ever seen. The brands that have come on board will get to leverage the power of multiple screens, multiple languages and broaden their reach and engagement like never before. Advertisers’ interest in Vivo IPL continues to be very high and we are in advanced conversations with a number of other categories and brands which we will close over the next few days,” Star Sports EVP and Head of Ad Sales Anil Jayaraj is quoted as saying by Exchange4Media.

The advertisers find good ROIs on their IPL spends. “We have been investing in IPL over the past few seasons and it has worked very well for us. We believe that this year, it will be much bigger and better than before. With six languages and the extra focus on regionalization, Vivo IPL will help us target consumers across the country in a language that resonates with them,” said Parle Products Category Head, Mayank Shah.

“VIVO IPL 2018 which happens in April and May is the best time for our business. It’s great to partner with Star and be a part of the biggest sporting event in India. We are confident that this association will strengthen our position and have a significant positive impact on our business,” MakeMyTrip Group Chief Marketing Officer Saujanya Shrivastava added.

Star India is targeting an unparalleled 700 million reach for IPL 2018, to be broadcast over 10 channels in six different languages in addition to its VOD platform Hotstar. Star Sports has made a lucrative pitch that assures a TVR of 5 for the IPL broadcast as against 4.1 recorded by the then broadcaster last year. For live streaming on Hotstar, the broadcaster is pitching a targeted growth of around 65% – from 110 million last year to 180 million now.

The other attractions include an early start for the evening matches. Instead of the earlier practice of having evening games from 8 pm to 11:30 pm, Star has persuaded the Board of Control for Cricket in India and the IPL governance to play the games between 7 pm and 10.30 pm to capitalize on the prime-time ratings.