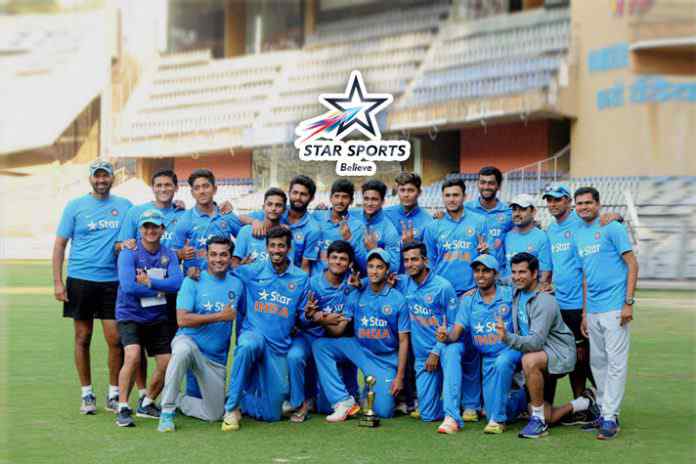 Star Sports will broadcast the ICC under-19 World Cup final between India and Australia with English, Hindi, and Tamil language programming.

Two of cricket’s leading next generation nations will take on each other on the 3rd of February, 2018 for the coveted ICC U19 World Cup. Both the teams have lifted the trophy thrice since the inception of the tournament in 1988 and the winner in this tightly contested match will create history, winning the title for the fourth time.

The colts will add to the legacy of the tournament that has given the game quite a few legendary players like Virat Kohli, Ricky Ponting, and Yuvraj Singh.

The Indian team is on a winning spree with their unabashed attitude and with the hope that #GreatnessBeginsHere, India and Australia will take to the field. Cricket fans can catch all the action from the finals on Star Sports along with a special mid-show and post-show analysis segment with experts Dean Jones, Mohd Kaif, Abhishek Nayar, Amol Muzumdar, Parthiv Patel, Aakash Chopra, S Sriram, Abhinav Mukund and Laxman Sivaramakrishnan, the broadcaster has confirmed in a media release.

After the most exciting semi-finals India and Australia have made it to the finals, by beating Pakistan and Afghanistan respectively. India beat Pakistan by 203 runs while Australia had beaten Afghanistan by six wickets.

The final between the Indian and Australia colts is slated for Saturday, 03rd February. The final match will be played at Bay Oval, Tauranga, New Zealand.