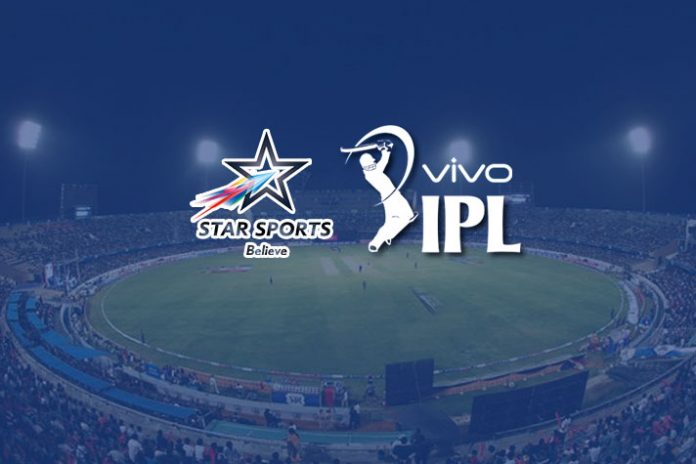 The biggest and most eagerly awaited cricketing extravaganza in a decade of IPL history, the Vivo IPL 2018, has already attracted a phenomenal bouquet of leading brands. So far, as many as 34 brands have come on board with the Star Network, the official broadcaster for the Indian Premier League has stated in a media release.

Anil Jayaraj, EVP, and Head of Ad Sales – Star Sports said: “We are delighted with the response for the VIVO IPL 2018 from the brands across sectors. We are happy to announce that the brand tally is now 34. Brands are actively choosing VIVO IPL 2018 as the marketing vehicle to deliver their business ambitions in 2018 as they have a single media property which can appeal to demographics across geographies.

“All brands that have come in so far have chosen to up their investments significantly over past years – this is because of their belief in the delivery of the combined power of TV as well as digital. These brands will get to leverage the power of multiple screens, multiple languages and broaden their reach and engagement like never before. 2018 VIVO IPL will be an un-missable platform to build brands.”

While IPL has grown each year since its inception, 2018 promises to be an inflection point in its history, as Star India re.imagines the VIVO IPL 2018 making it deeply local with technology at the heart of the experience.

For the first time, Vivo IPL 2018 proposes to connect with many Indians in their relevant language – six different languages, Hindi, English, Tamil, Telugu, Kannada, and Bengali. By leveraging the combined reach of digital and television the tournament will be broadcast, for the first time ever, on multiple TV channels and live streamed on Hotstar with an aim to reach out to 700 million fans across TV and digital in India.

This will be one of the first few leagues in the world which proposes to use virtual reality and to bring live action from the stadium to fan homes. This immersive VR experience would make it possible for fans to come closer to the high-octane matches from the comfort of their homes, adds the release.

Along with dedicated language feeds, the network also proposes to have a Super Fan Feed available across cable, DTH and on Hotstar. This will be a curated feed for the intense fans who want more than just to watch the game. It may also include features like multiple camera angle options while viewing and data layers about the teams and players during the telecast.

Meanwhile, Economic Times has reported that Stat India has so far been able to generate only ₹800 crore from the IPL sponsorship sales. The figure is almost ₹1,200 crore short of the targets.

Despite confident claims by Star India officials, sources from within Star India and the media buying fraternity have confirmed that so far only about ₹800 crore worth of advertising inventory has been sold or booked, Economic Times has reported.

“It (ad sales) has not gone the way we had hoped,” said a highly placed source in Star India. “Now the task is Herculean as adding another ₹1,100-1,200 crore means a run rate exceeding ₹40 crore per day.”

The business daily has also quoted Dentsu Aegis South Asia chairman and CEO Ashish Bhasin as saying that the “IPL is one of the strongest platforms and everyone wants to advertise on IPL, but I don’t think in today’s market, any client is ready to pay a significant premium over last year’s rates. I believe it will be a 10-15% increase over the last season”.

As reported by insidesport.co earlier, Vodafone, Amazon, Maruti Suzuki, Airtel, and PepsiCo have not discontinued their association with IPL.