Currently sitting top of Ligue 1, PSG’s league campaign looks to be quite comfortable, After 14 matches the Parisian currently maintain an 11-point lead of over 2nd place Nice. Despite their dominance in the league, PSG have been poor in Europe so far, they have drawn 2 matches against RB Leipzig and Young boys and have lost 1 game away to Manchester City, the Paris based outfit sits 2nd in group A. In their last game, PSG got outplayed by Manchester City, City made a statement win over PSG, showing the world how to nullify the threat of Messi, Neymar and Mbappe.

The highlights from when PSG came to Manchester 🙌#ManCity pic.twitter.com/qpTUPxP96M

One of the most historic French clubs, the 10-time French league Champions St-Etienne is currently struggling big-time, the French side currently faces the possibility of relegation, placed 18th in the table the French club has only picked up 12 points from 14 games.

When will St- Etienne vs PSG be played? – Date

St- Etienne vs PSG match will be played on 28th November

Ligue 1 LIVE: How to watch St-Etienne vs Paris Saint Germain live streaming in your country, India

What time will St- Etienne vs PSG be played? Time

St-Etienne vs PSG match will begin at 5:30 PM IST

Where will St- Etienne vs PSG be played? – Venue 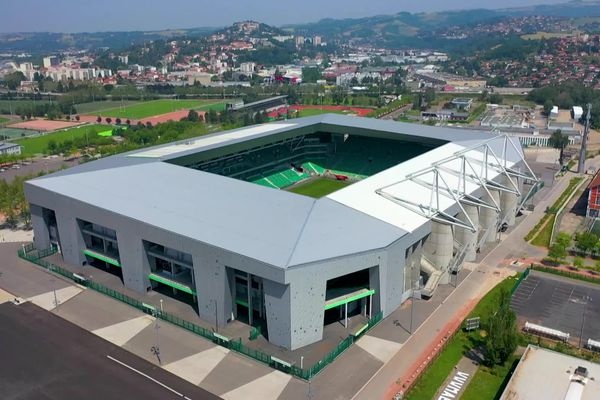 Where will the Ligue 1 matches be broadcasted?

For Indian fans, the new season of Ligue 1 will be broadcasted on Viacom18’s flagship youth brand channel MTV and OTT platform, Voot Select. The three-year partnership with India’s youngest and leading media conglomerate, which was announced a few months earlier, will bring the premier French football league to fans in the country with a fresh and exciting feel.

Share
Facebook
Twitter
Pinterest
WhatsApp
Previous articleISL 2021-22 LIVE STREAMING: How to watch live ATK Mohun Bagan vs SC East Bengal in your country, India
Next articleIND vs NZ 2nd Test: Wankhede Stadium to have only 25 per cent spectators for the 2nd Test
- Advertisement -