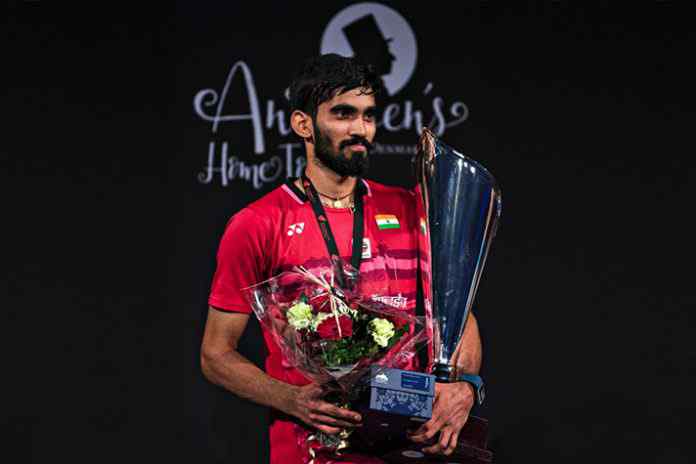 Kidambi Srikanth has widened the lead atop the BWF prize money chart for 2017. The top prize money earner for the year in the process of winning the prestigious Denmark Open Super Series Premier has also surpassed the proverbial US $200,000 milestone.

In run-up to the Dubai World Series Finals, Srikanth potentially has three more majors – French Open starting on Tuesday (Winner’s purse $24,375), China Open from 14 to 19 November (Winner’s purse $52,500) and the Hongkong Open from November 21 (Winner’s prize $30,000). Then comes the grand prize of the US$1 million Dubai World Series finals. This will give in-form Srikanth an opportunity to finish the year potentially with a total income of up to US $350,000.

Financial turnaround for Srikanth started with the April 11-16 Singapore Open where he added US$ 13,300 to his till then aggregate prize money earnings of US$16,597.50 (approximately Rs 10 lakh) for the year. Then came US$ 75,000 and US$ 56,250 winners purses at the Indonesia Open and Australian Open Super Series events respectively.

Srikanth has now also established a virtually unassailable lead over the Lee Chong Wei ($83,650) and Lin Dan ($71,745). His current prize purse is almost 110% more than the Malaysian Chong Wei and more than 200% of the Chinese great.