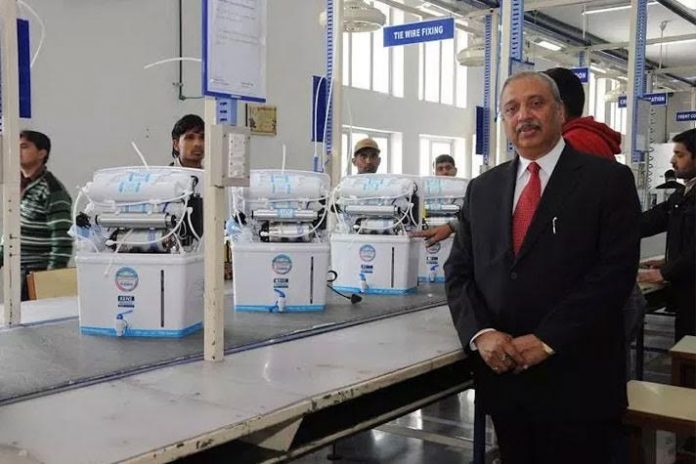 In a strategic move to cater to international markets, Kent RO Systems Limited has announced its Principal Sponsorship deal for the Sri Lanka Cricket Team for the forthcoming ICC Cricket World Cup.

The move is a part of the company’s broader expansion plans in the international markets in the next few years. Kent RO is a leading  RO water purifier in the world .

Underlining the significance of his company’s association with the team Kent RO Chairman & Managing  Director, Dr Mahesh Gupta said “We are really excited to be sponsoring Sri Lanka National cricket team in World Cup. World Cup is the most popular format of the game and the highest order of agility, concentration and expert skill of the game .”

Sri Lanka  Team Jersey  with KENT logo was released by the President of the Sri Lanka Cricket Board Shammi Silva. “We are happy to announce our tie up with Kent, which is the newest partner of Sri Lanka Cricket. We would like to thank Kent, a leader in its own sphere of business for coming forward to strengthen Sri Lanka’s Cricket World Cup Campaign,’’ SLC president said.

Dr Gupta further said that KENT has a large number of consumers in Sri  Lanka and many other countries. In his video Message he said “Being associated   with Sri Lankan Cricket Team will give a big boost to our consumers in Sri Lanka.”

Kent RO today holds 40% of the market share within the segment in India. The region offers immense potential for products such as water purifiers, especially when the brand assures uncompromised quality.

“We have been looking to aggressively expand our business in the region and partnering with dealers and distributors is a significant step in that direction and will be exploring further prospects.”, further added Dr. Gupta.