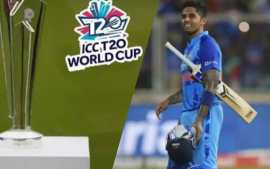 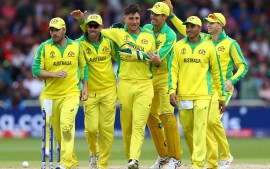 SRH vs RCB in IPL 2021: SRH coach Bayliss says, ‘we played some poor cricket in last 4-5 overs’ after 6-run loss to RCB – IPL 2021: Sunrisers Hyderabad were cruising with David Warner and Manish Pandey putting up an 83-run stand for the second wicket but SRH lost the plot and suffered a narrow 6-run loss to Virat Kohli’s Royal Challengers Bangalore at the MA Chidambaram Stadium on Wednesday. SRH coach Trevor Bayliss wasn’t a happy man after the loss. He blamed the defeat on poor batting and decision making in the last few overs. Earlier, RCB, asked to bat, posted 149/8 in 20 overs, thanks to Glenn Maxwell’s 59.

“I think we played some pretty good cricket for about 35 of the 40 overs. Probably we gave away one or too many runs in the last couple of bowling overs. But obviously then in the last three or four overs where we lost three wickets was obviously some poor cricket, some poor decision making. Against these good teams, you’ve got to put together 40 good overs. So, we have just got to do better in the coming games,” Trevor Bayliss said at the post-match press conference.

SRH vs RCB in IPL 2021: In SRH’s monumental collapse, from 96/2 in 13.2 overs, David Warner’s side managed only 47/7 in the remaining overs as other than Rashid Khan’s 9-ball 17 no one could put up a good show. Jonny Bairstow was the first man to depart after David Warner threw away his wicket. He was followed by Manish Pandey, who although scored 38 but his strike rate of 92.31 will be a question mark. Furthermore, Sunrisers Hyderabad lost three wickets in one over with RCB’s Shahbaz Ahmed starring in the show.

It was in the 17th over when Shahbaz Ahmed was called into bowl in the death overs. With the ball turning a bit in Chennai, Kohli might have been confident. But it was the poor shot choices that cost them the wickets as Ahmed returned with 3 wickets and a run from the over. His first victim was Jonny Bairstow, followed by Manish Pandey and then Abdul Samad as Sunrisers Hyderabad hit rock-bottom.

SRH vs RCB in IPL 2021: “We certainly did not plan to target Shahbaz and lost the wickets. What happened was the batsmen were under pressure. I think the two-three boys who got out in that over will admit that they got it wrong and there were some poor shots. Hopefully, they learn from it and we go on and play some better cricket in the next match,” Trevor Bayliss said.

The Australian coach said that both poor batting in the last few overs and good bowling from RCB made the difference. “Obviously, when you keep a team to 150, you would like to think that you’re going to win more times than you lose. Our batting in that last third of the match was fairly poor. There were some good bowling, obviously but I think it was a little bit of pressure. We should have played some good, strong cricket shots, taking the ones and twos and putting pressure back on the opposition. We tried to get the game over and done within a short space of time,” Bayliss added. 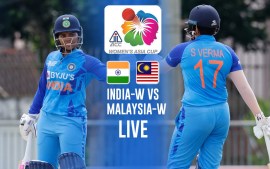