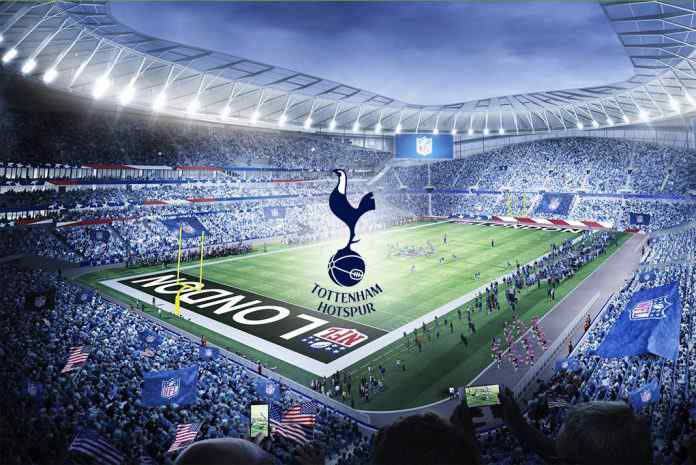 Tottenham Spurs’ new stadium will feature a field above a field with the grass soccer surface being rolled in over an American Football surface. The technology is going to change the face of a football field. Will convert it into a stadium with customized facilities for not just one but two sports. The North London club are currently in the middle of constructing their new ground.

Sheffield company SCX is producing the state of the art pitch with a grass pitch that sits directly above an artificial surface. The artificial surface will be used for NFL matches, music concerts and other events, whereas grass pitch is meant for football (soccer) matches. The stadium will be the first to have two pitches laid one over another, media in the UK has widely reported.

The club has unveiled the retractable football pitch at its new stadium.

The new 61,500-seat infrastructure with retractable grass pitch laid over a synthetic surface for the NFL games is scheduled to be ready for the start of the 2018-19 season. It will take approximately 25 minutes to switch from one surface to another.

The club has agreed to a 10-year deal with the NFL to host two NFL matches per year at the ground, which is being built clos to the site of the old White Hart Lane.

The stadium will also have a separate dressing room and media facilities for NFL.

Tottenham chairman Daniel Levy has reportedly said he plans to host back-to-back Premier League and NFL matches on the same day, while he hopes the ground will become the permanent home to an NFL franchise.

The club has chosen SCX to design, engineer and build the pitch over a period of 12-months. The surface will tear into three tiers to show each tray before retracting under the South Stand to reveal the artificial playing surface. It is assured that joints don’t cause any hazards to the players. Once the grass pitch is in place, the joints are invisible and undetectable.